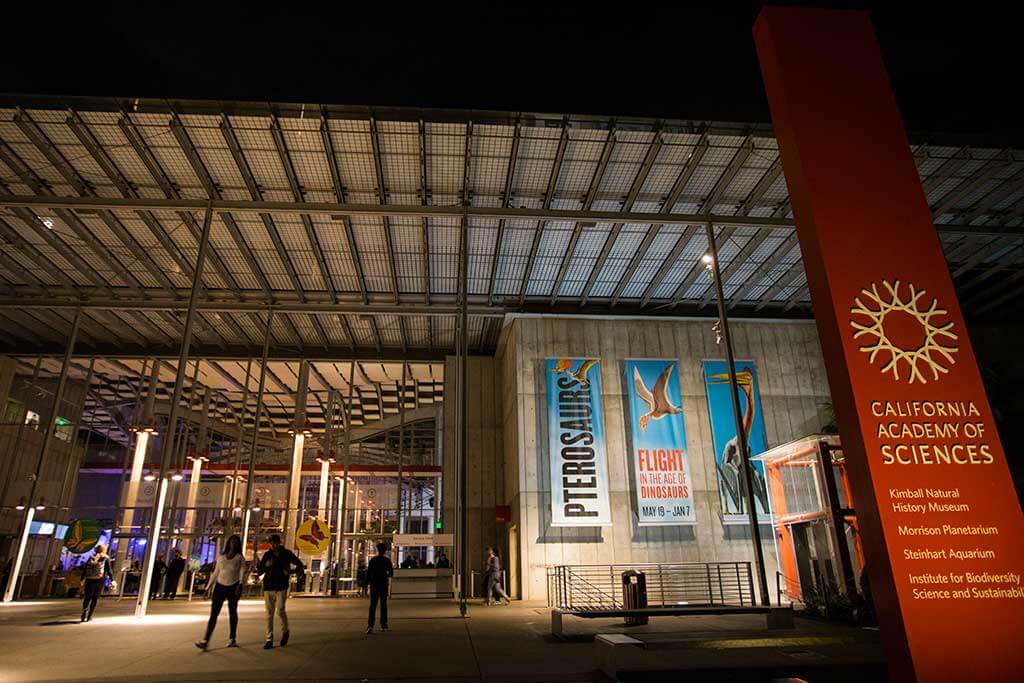 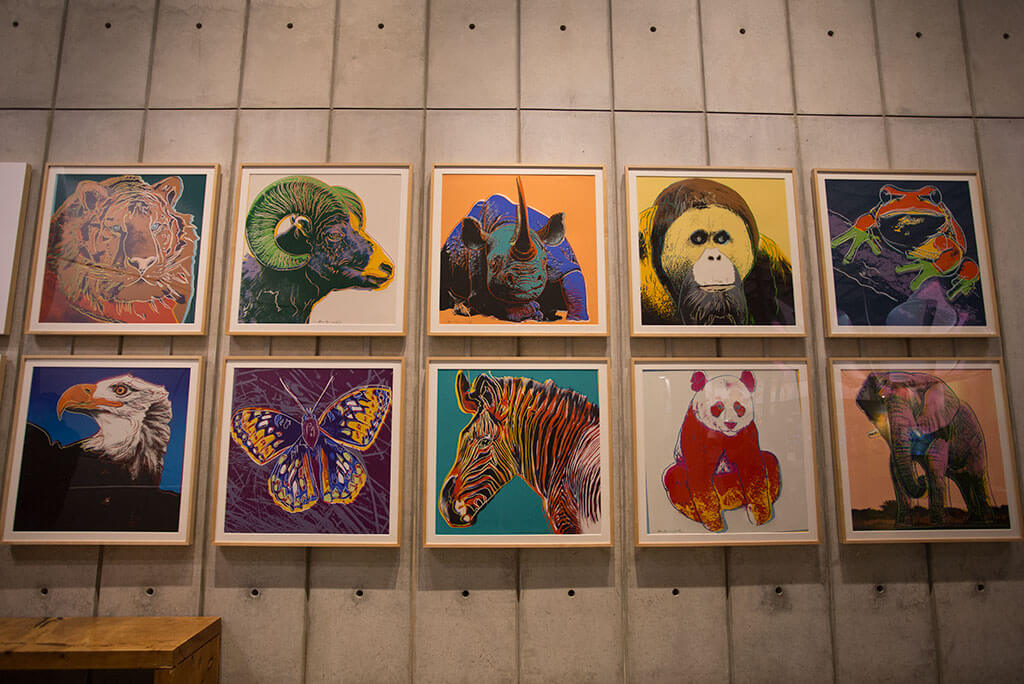 Our mission is to explore, explain, and sustain life on earth. (calacademy.org)

Strolling through Golden Gate Park in San Francisco, you’ll recognize the typical neighborhood public green space – large grassy lawns, squirrels and geese, quiet tree groves, maybe a rabbit peaking out from under a bush. But turn the next corner and a different sort of shared space opens up, begging to be explored.

Pass by the picturesque Japanese Tea Garden, then make a right at the Music Concourse, a stately structure reminiscent of ancient Greek architecture. There it is, the California Academy of Sciences. Nestled among well-manicured gardens, at the East end of the three-mile-long urban oasis, this world-renown science center appeals to traveler of all ages and interests.

This single massive building hosts an aquarium, planetarium, and natural history museum, all under one living roof. That’s right, the roof is ALIVE. 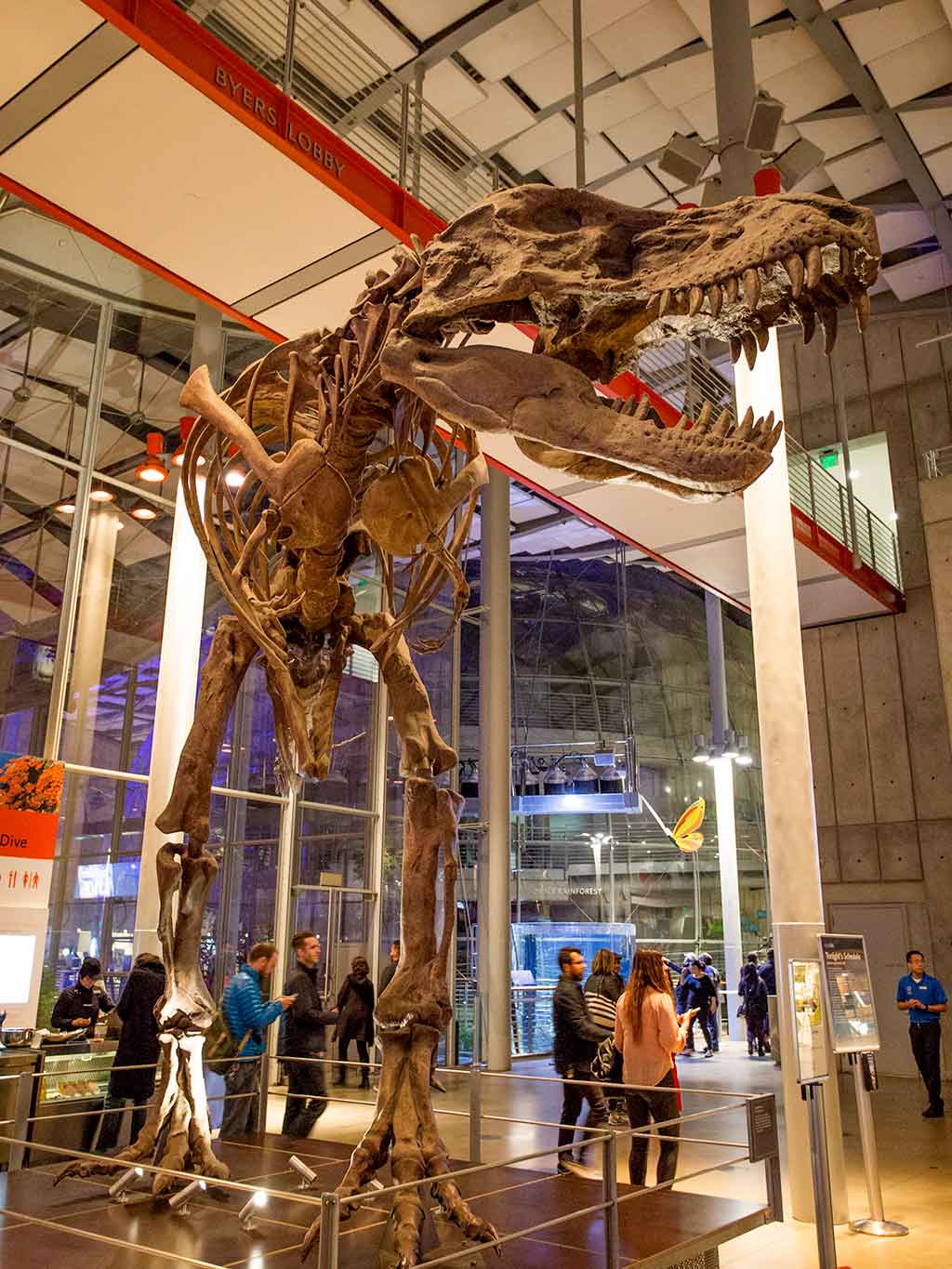 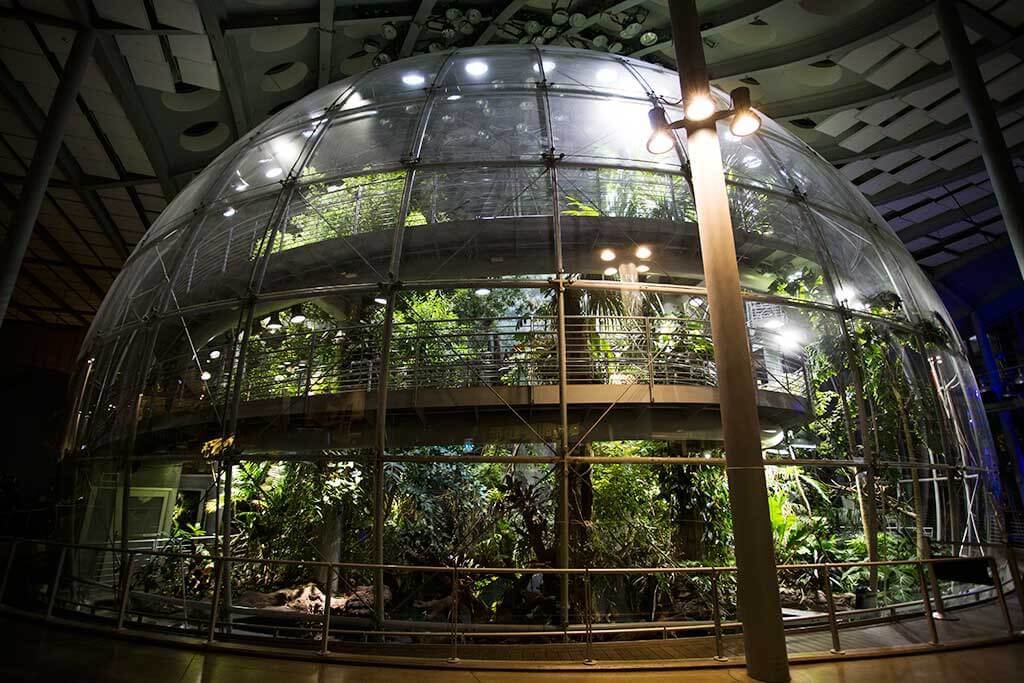 The Osher Rainforest exhibit. Walk around a long spiral ramp in this humid 4-story tall environment where more than 1600+ species of exotic fish, butterflies, frogs, spiders, and birds thrive next to waterfalls and rainforest plant life. 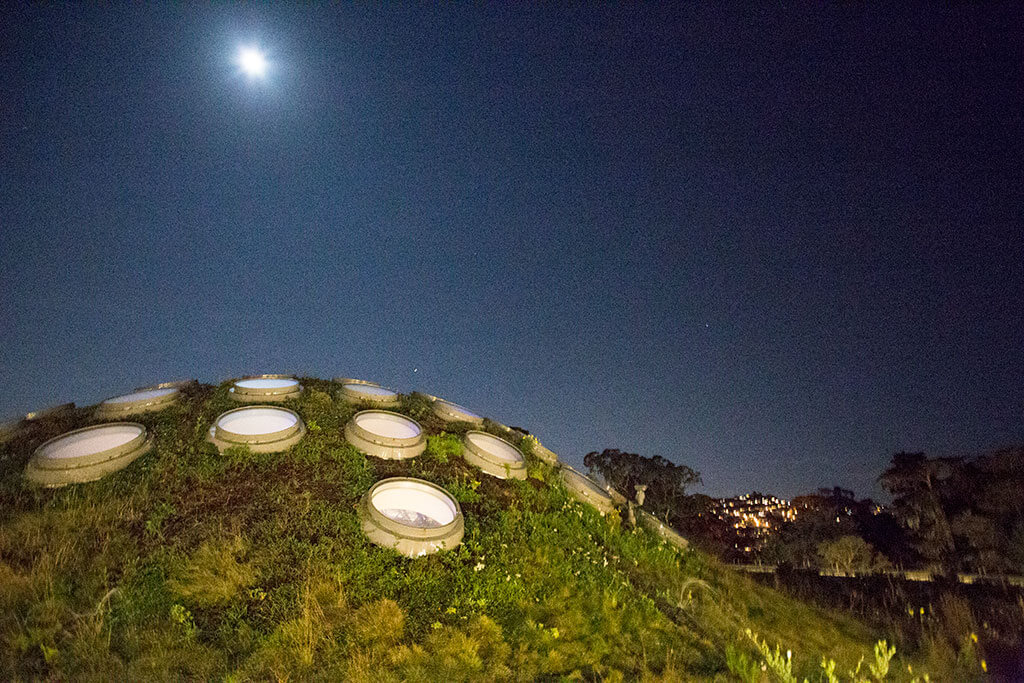 The living roof! Those round windows dotting the top of the dome open up to the Osher Rainforest to provide fresh air and light for the exhibit.

Rolling hills and fields cover 87% of our 2.5-acre rooftop, offering a home to local wildlife while keeping the Academy green in more ways than one. The Living Roof provides excellent insulation (reducing energy needs for heating and cooling), captures 100% of excess storm water (preventing runoff from carrying pollutants into the ecosystem), and transforms carbon dioxide into oxygen. (calacademy.org) 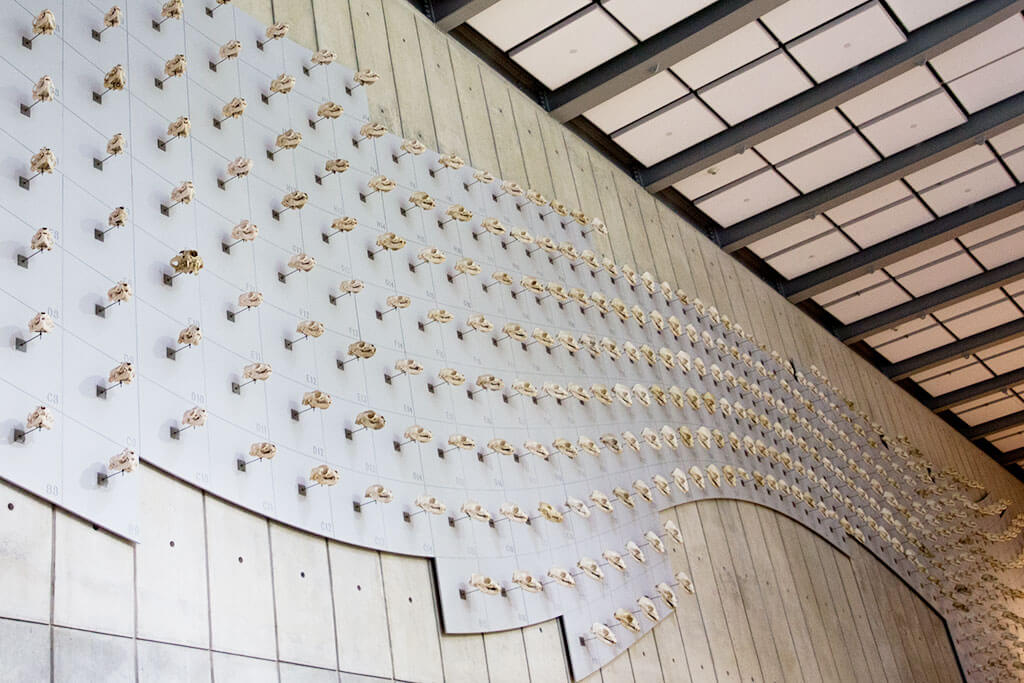 We visited the California Academy of Sciences one Thursday evening for their monthly adults-only NightLife gathering.

Enjoy music, creatures, and cocktails as you set out with friends on a journey to the stars and the depths of the sea. Featuring a new theme each week, after-hours access to all exhibits, and special programming, NightLife is your ticket to the nocturnal side of the Academy. (calacademy.org)

The theme on this particular night was “Design Lab,” so we saw professional and amateur scientists demonstrate their ventures into the world of scientific design. From robotics and chemistry to artificial intelligence and social initiatives, we were impressed by the wide-range of experiments on display. 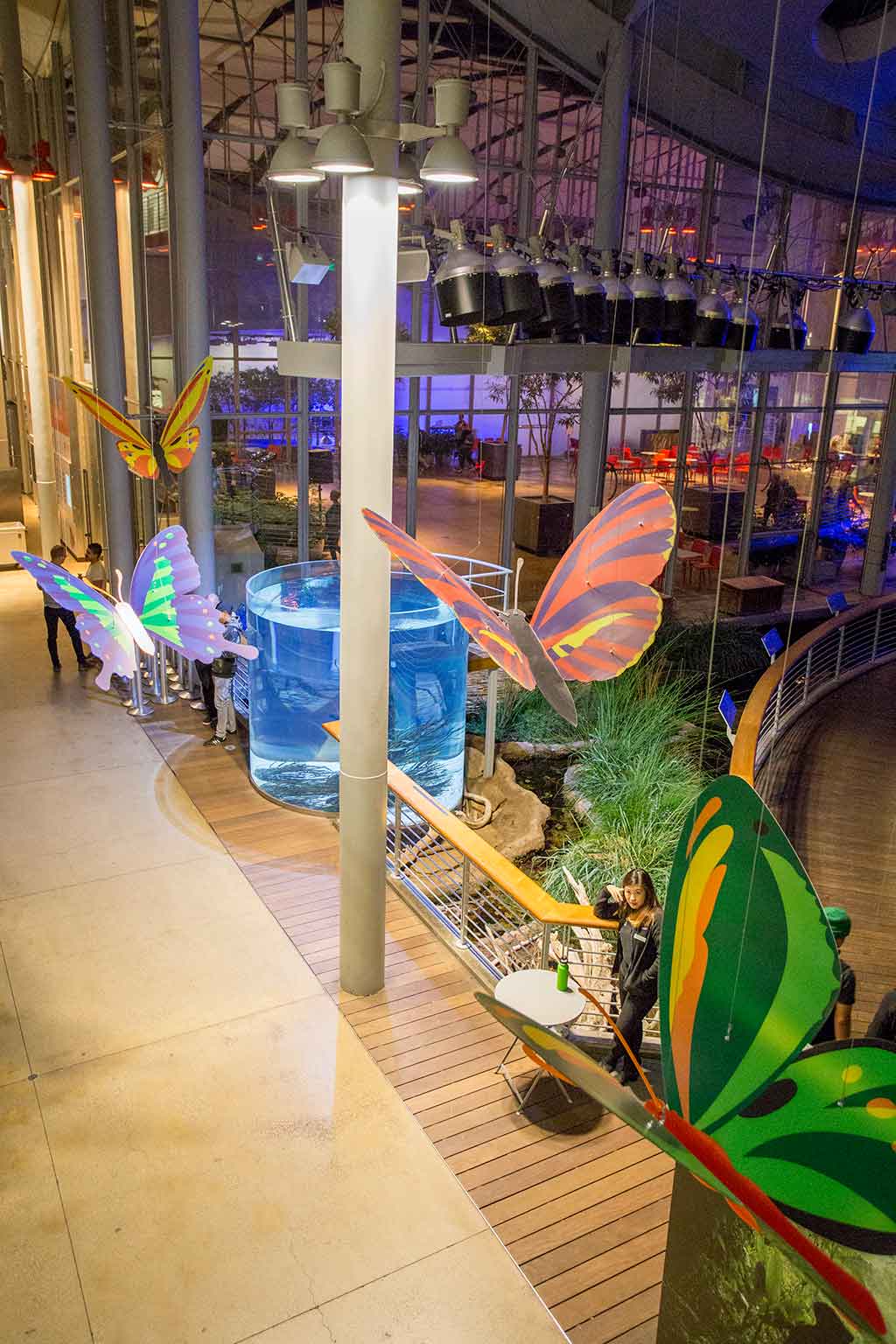 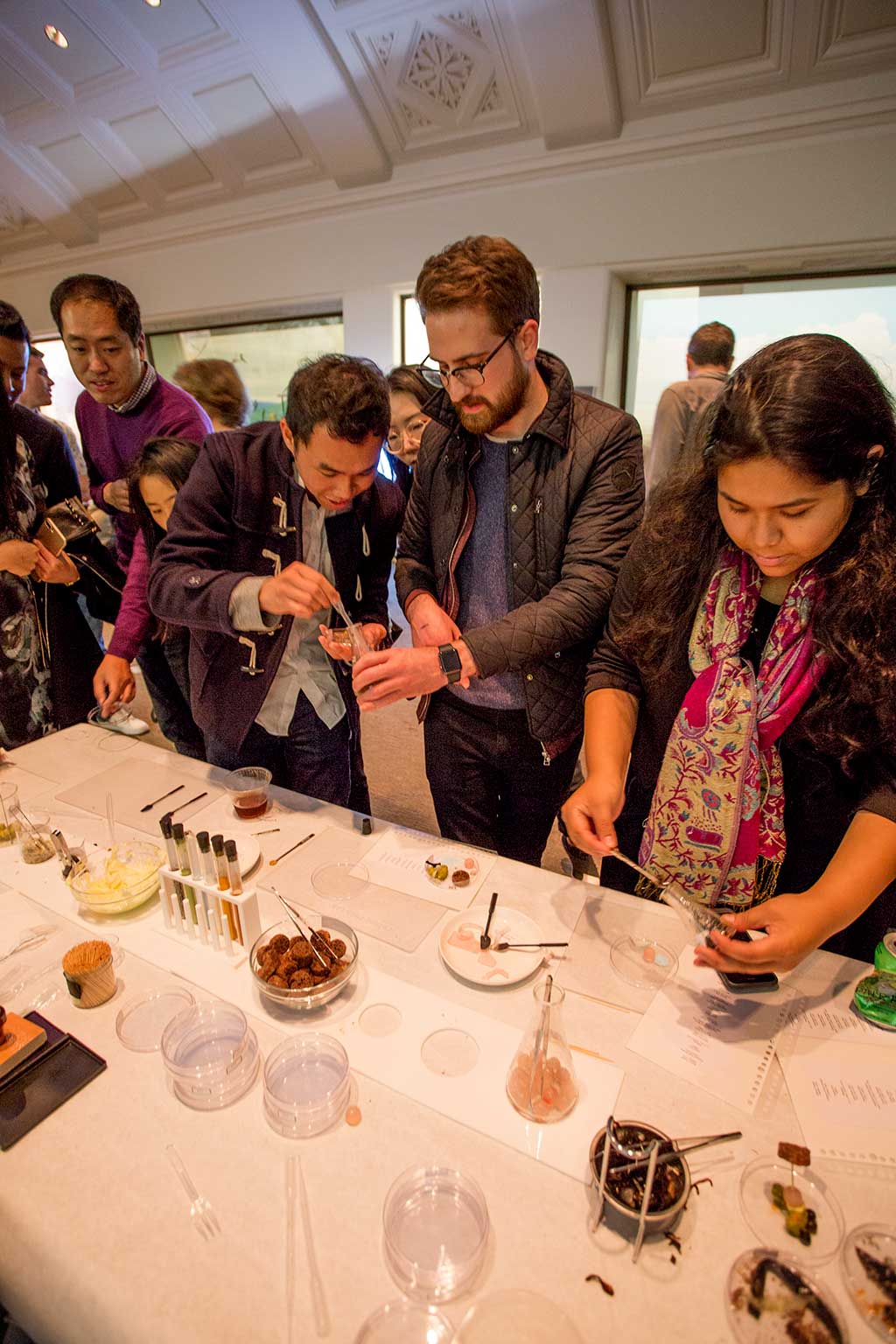 One such experiment was this “Future Foods Lab” booth, where we explored the idea of what people might eat in the year 2050, when we have to find/create alternative foods to survive, if meat and vegetation became scarce.

Museum-goers were encouraged to build their futuristic plate by scooping things like “caterpillar larva”, “algae slime”, “frog eggs,” and “snail dust” into petri dishes. We may have to forage for these delicacies when we’re older!

Of course, when we finally mustered the courage to taste our creations, we discovered they were not as gross as anticipated – caramel corn puffs covered in green matcha powder, lavender seeds, tapioca pearls, and nori (seaweed), to name a few. What a fun and interactive thought experiment! 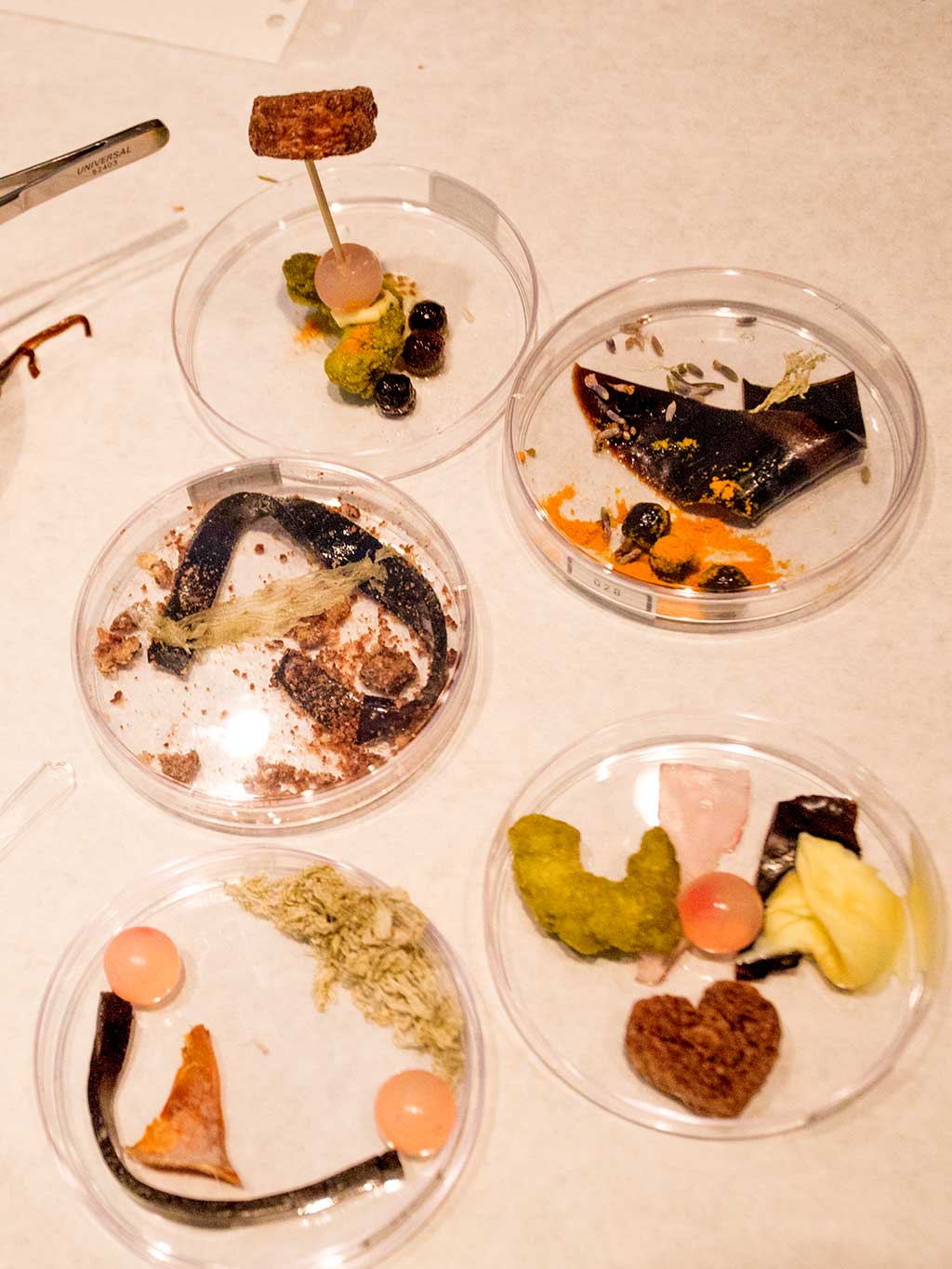 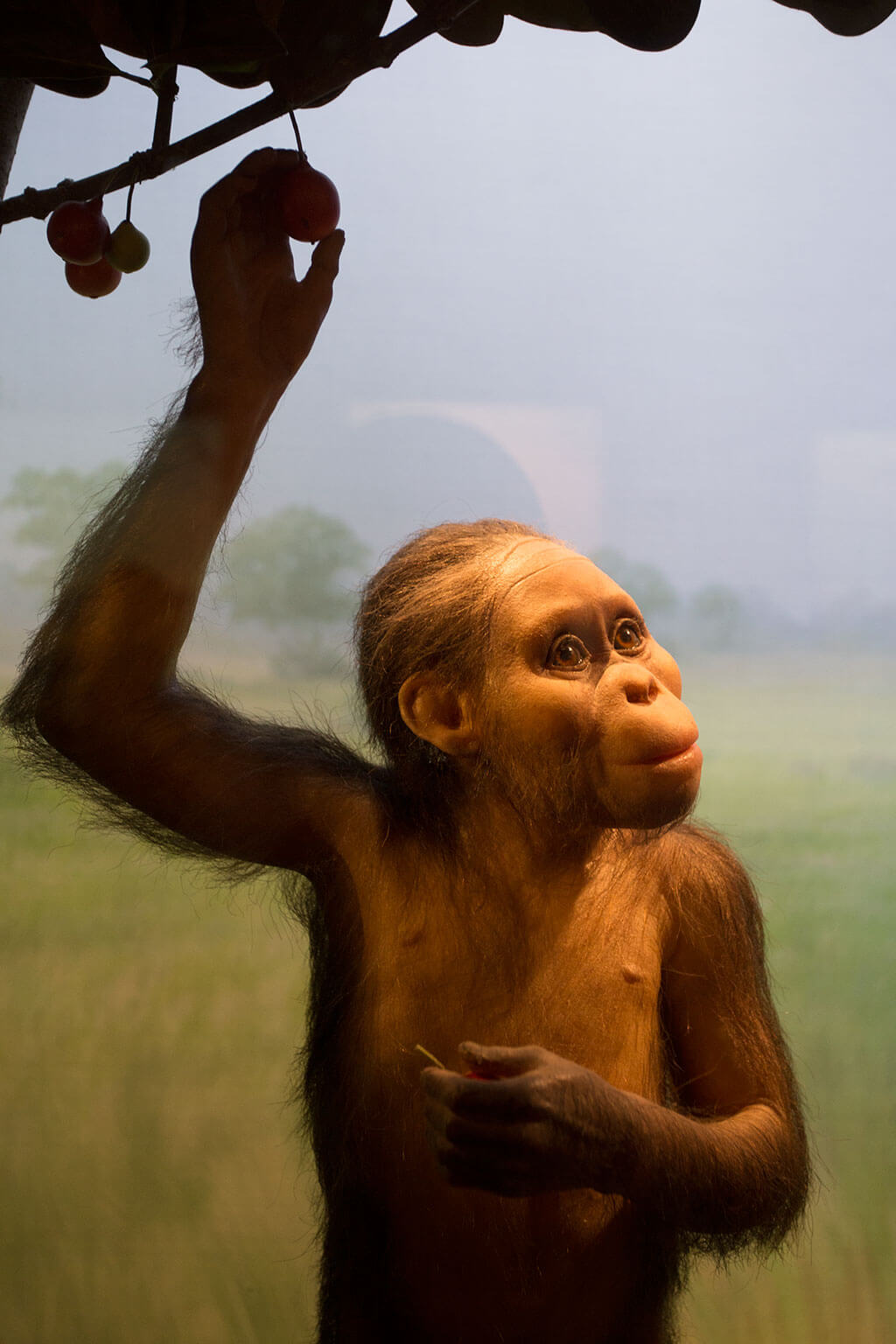 Meet Lucy, one of the famous “missing link” skeletons of an ancient ape who may be your great-great-great-grandma. Her exhibit is in the Tusher African Hall.

Here is a video simulation of the Lucy skeleton walking next to the skeletons of a human and chimpanzee. Can you spot the similarities and differences? 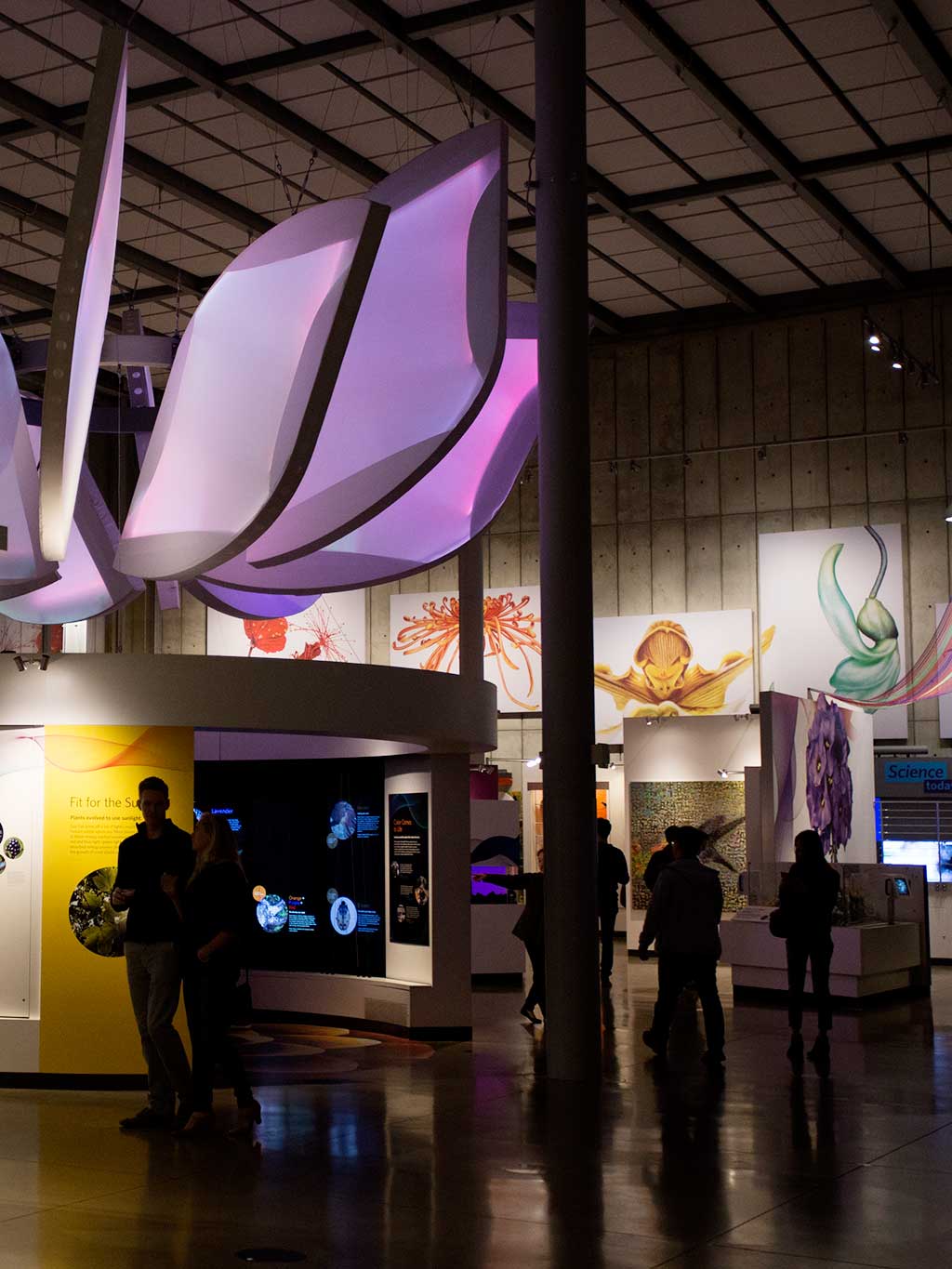 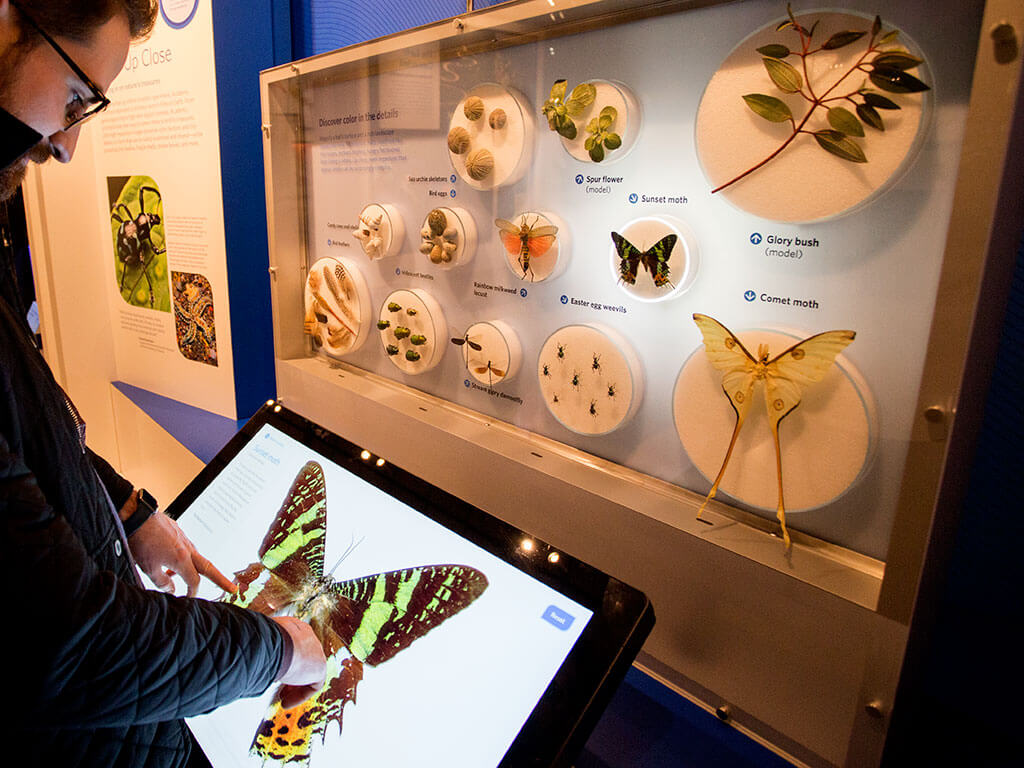 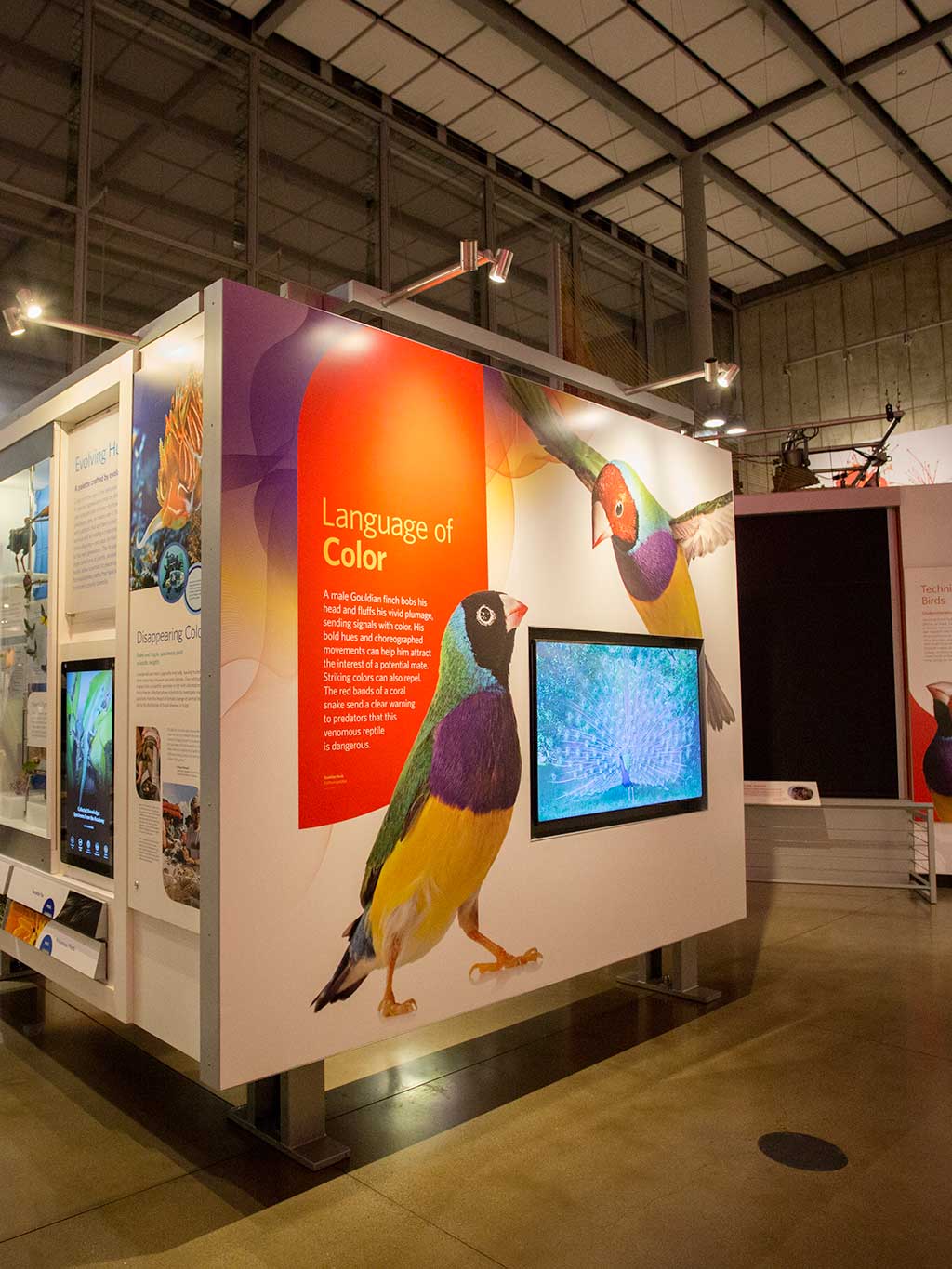 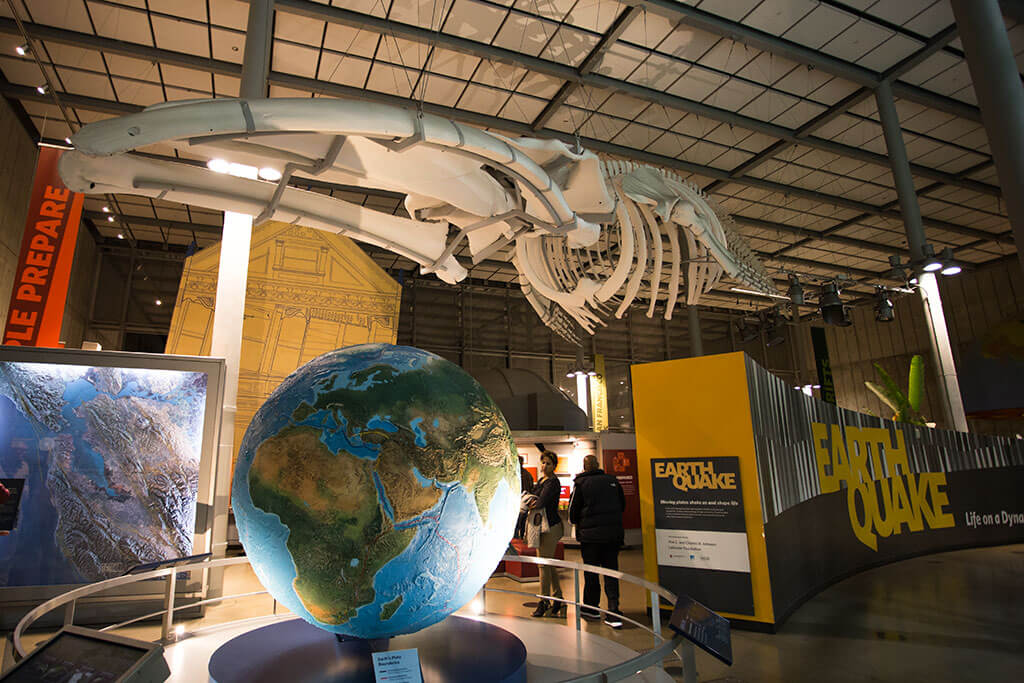 Step into the two-story-tall earthquake simulator for a wild ride! California is known for its daily earthquakes, some much larger than others. 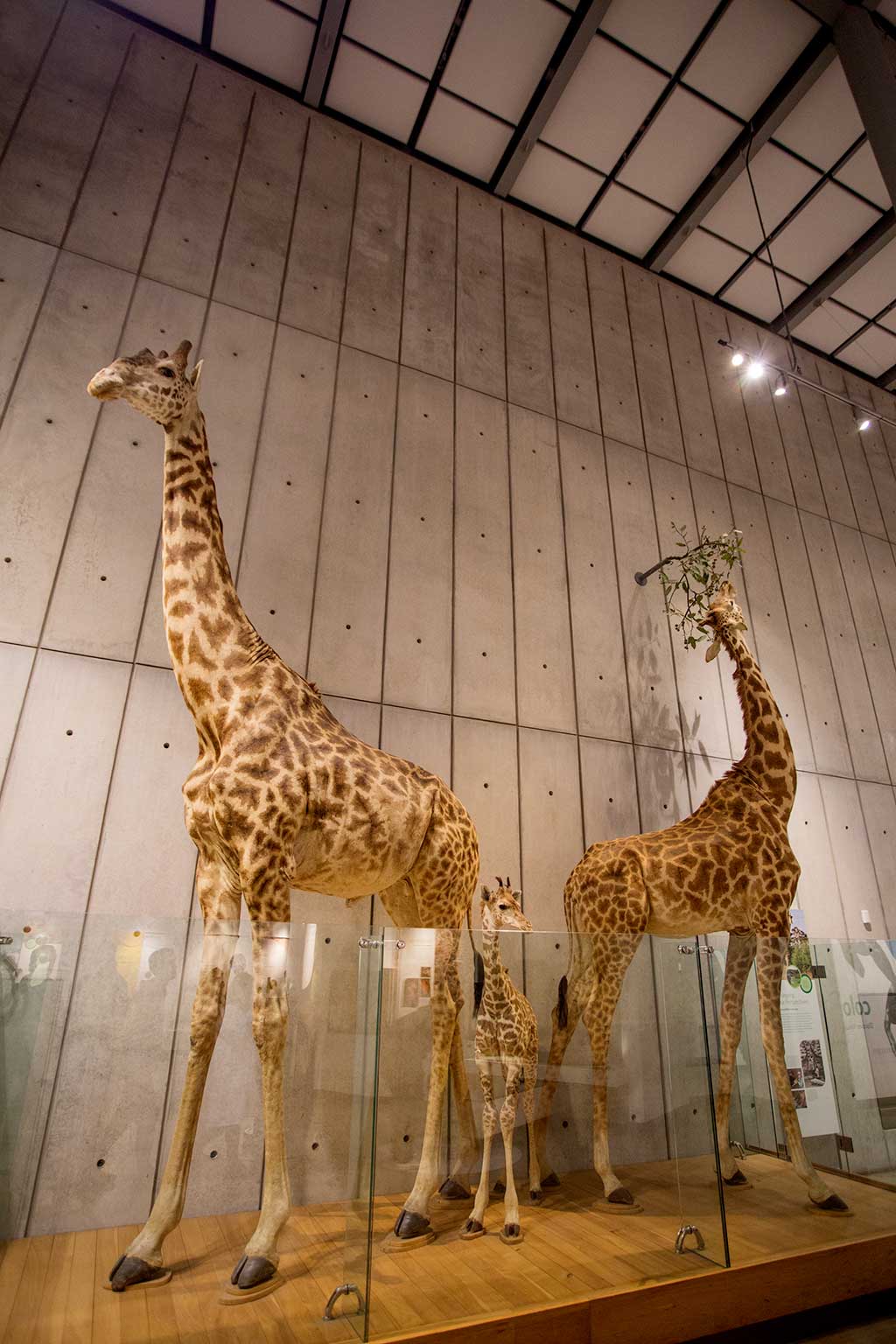 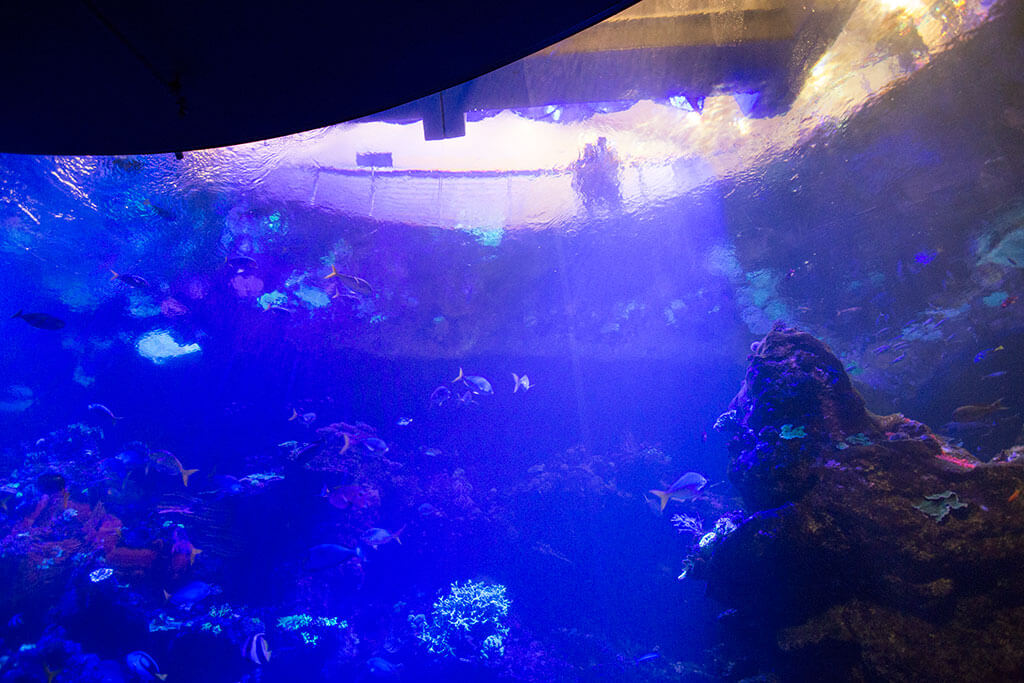 On the underground Steinhart Aquarium level of the museum, you can wave up to your friend standing on the main floor through this open-air coral reef exhibit. So cool.

The only experience we missed out on was the Morrison Planetarium (though we have visited in the past). It’s always relaxing to watch panoramic videos about space or deep ocean, as explained by Neil deGrasse Tyson. The 75-foot dome mirrors the rainforest dome next to it (living roof and all), but is dark and quiet inside for ultra-wide screen film viewing.

Mimicking the tilt of planet Earth, the frame of the dome—composed of 100 percent recycled steel—supports a NanoSeam projection screen that seems to disappear when lit, creating a true-to-life recreation of luminous, faraway space and skies. (calacademy.org) 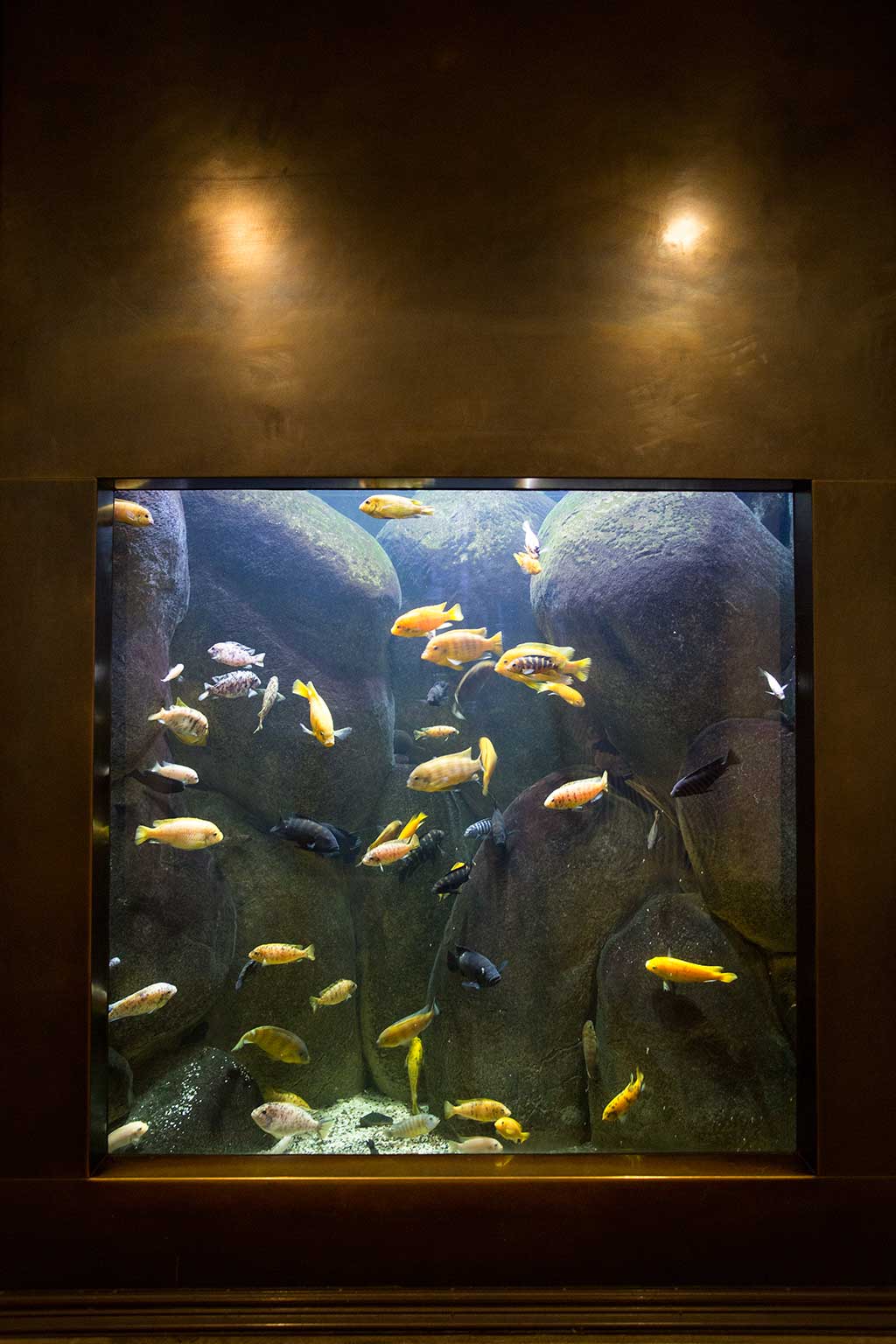 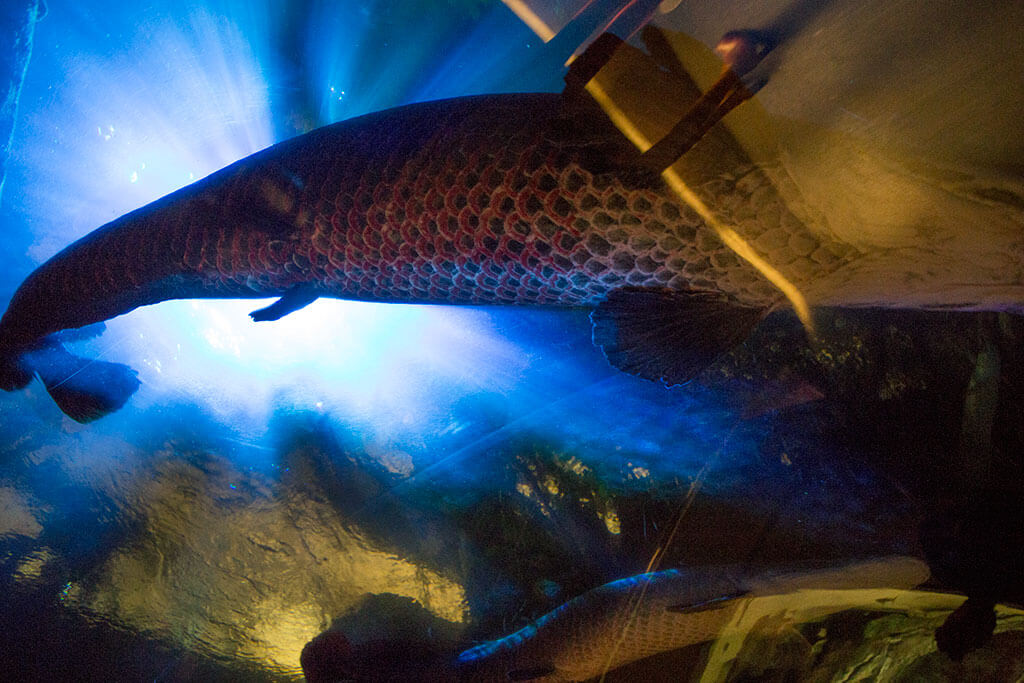 There is SO much more to see at the California Academy of Sciences. Take the whole family and tell me what you find!

And if you’re still in the museum mood after you leave, head directly across the concourse to the de Young Museum, displaying American art from the 17th through the 20th centuries, Textile arts, and art of Africa, Oceania, and the Americas. Enjoy lots of Instagrammable moments inside and outside this beautiful piece of architecture. 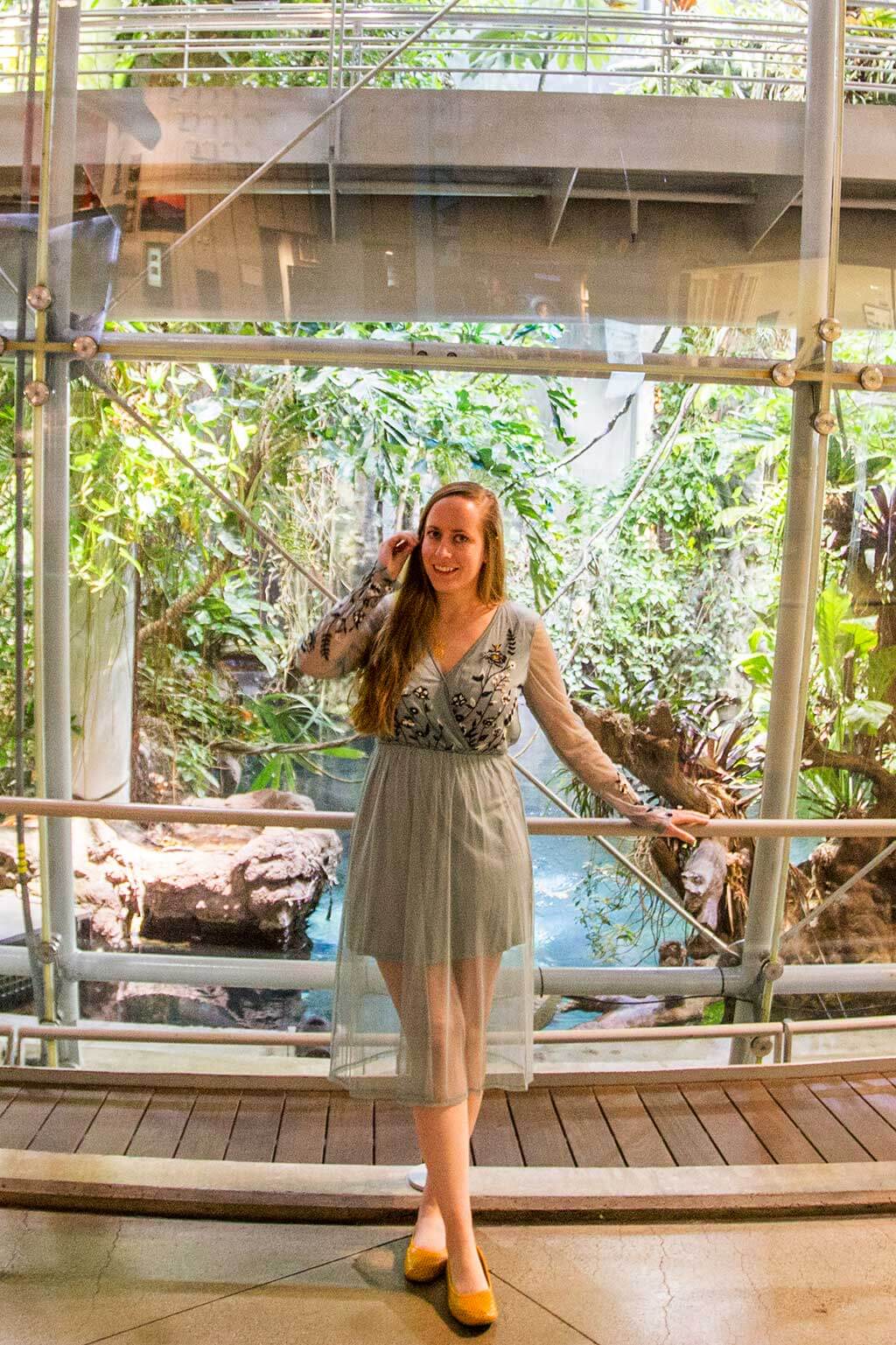 See you at the next NightLife! 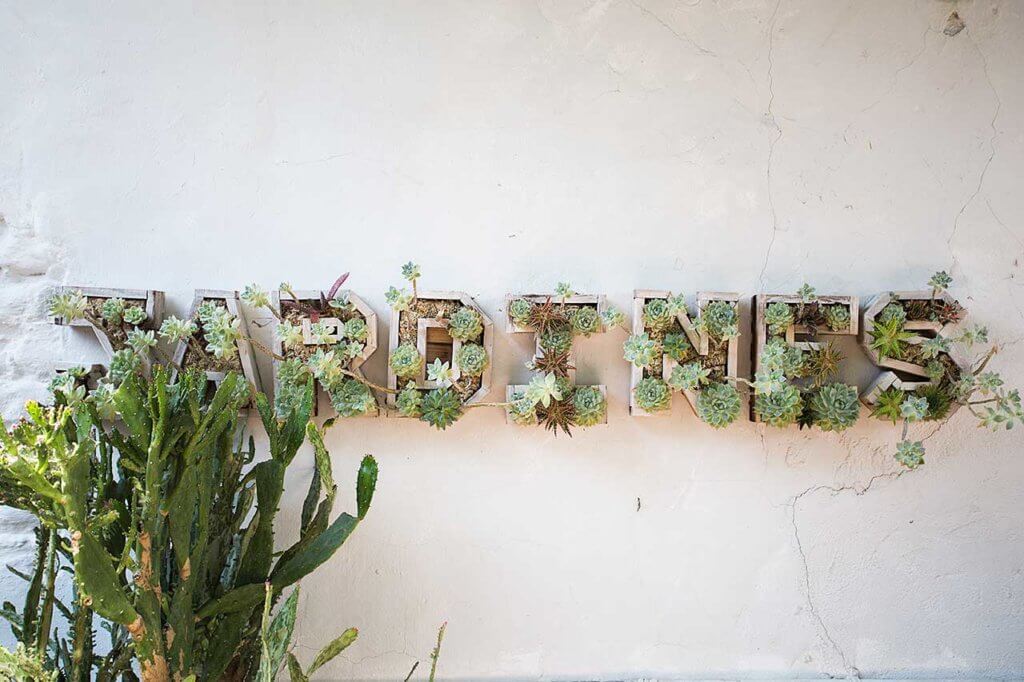 Jessica Willis: After a long day of taking photos on day trips around California with my husband Brandon, I love eating sushi and Ben & Jerry's ice cream, and surrounding myself with all things pineapple. Just take a look at my collection!

NEW on the blog: An incredible evening of stories,

#tbt Throwback to livelier times at the @santacruz

NEW on the blog: Fine dining and food stories at @

Found this handcrafted #pineapple clock at an art

Throwback to when @phoebesjourney123 and I danced