NSFW – NOT SAFE FOR WORK

This blog post contains images of human cadavers and various human private parts/genitalia in a museum environment, so if you don’t want to see that stuff, don’t scroll down. 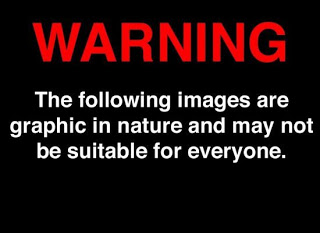 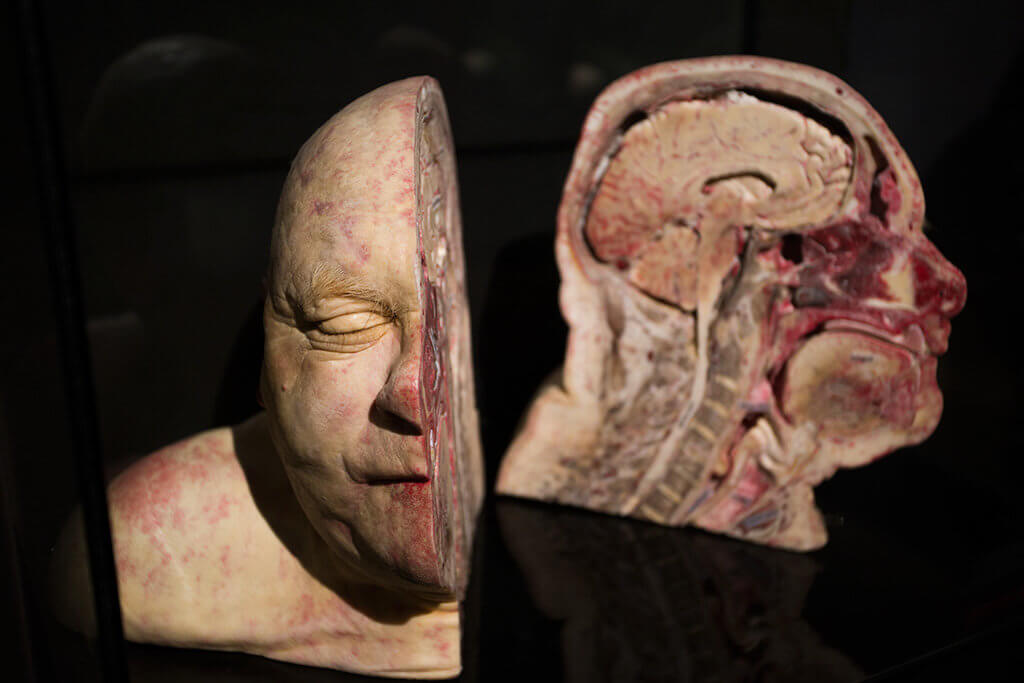 Ever wonder what happens to people who proclaim they’re going to “donate their bodies to science”? Well, some of them end up on display at Body Worlds.

We visited Body Worlds – The Happiness Project, in Amsterdam, which is one of several locations and traveling exhibits around the globe.

This incredible museum contains real humans who gave their consent to be sliced up and made into plastic figurines in a technique called “plastination“. In five steps, the recently deceased bodies are disinfected, removed of skin and fat (which can take up to 1,000 hours of work), then in a vacuum environment, liquid polymer (plastic) is forced into each individual cell, rendering the whole body preserved and flexible for posing. The entire process takes about one year to complete.

Glass eyeballs and faux eyebrows are added to tone down the creepiness of each hand-positioned figure. Amongst the active characters are other human organs and body parts, like lungs, hearts, and brains, each with their own scientific explanations for casual readers. For serious museum-goers, hand-held audio players are available to learn about each display in more detail. 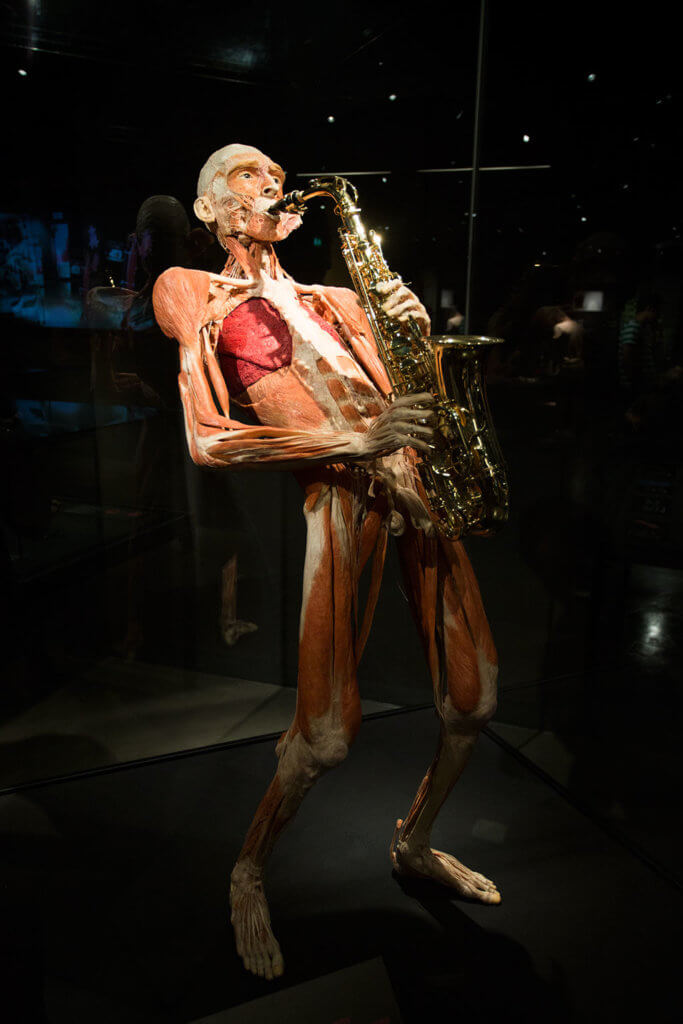 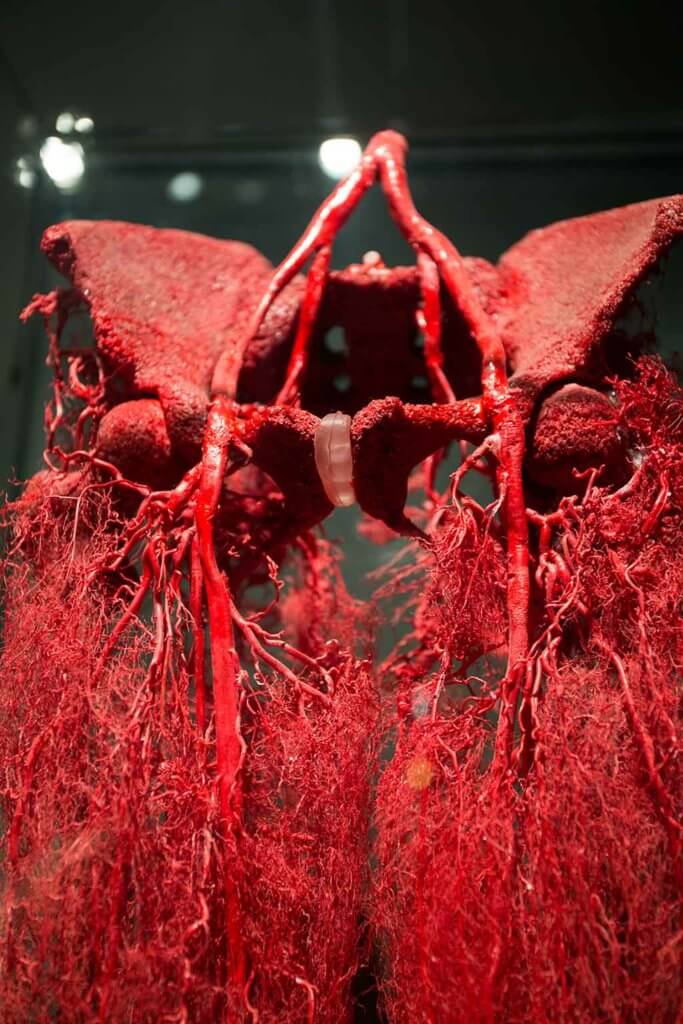 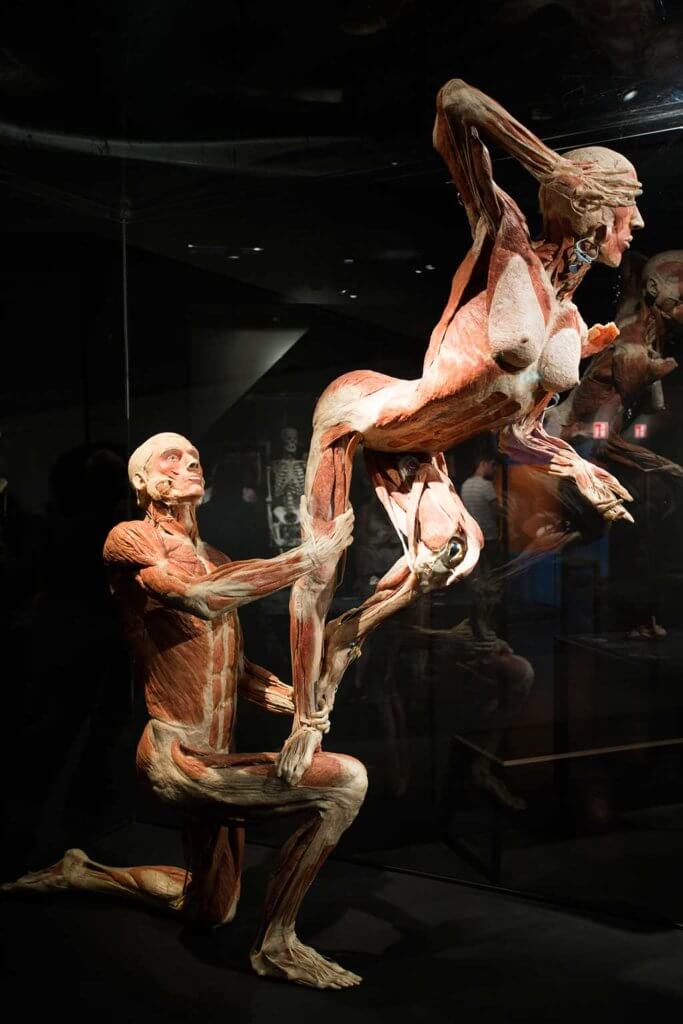 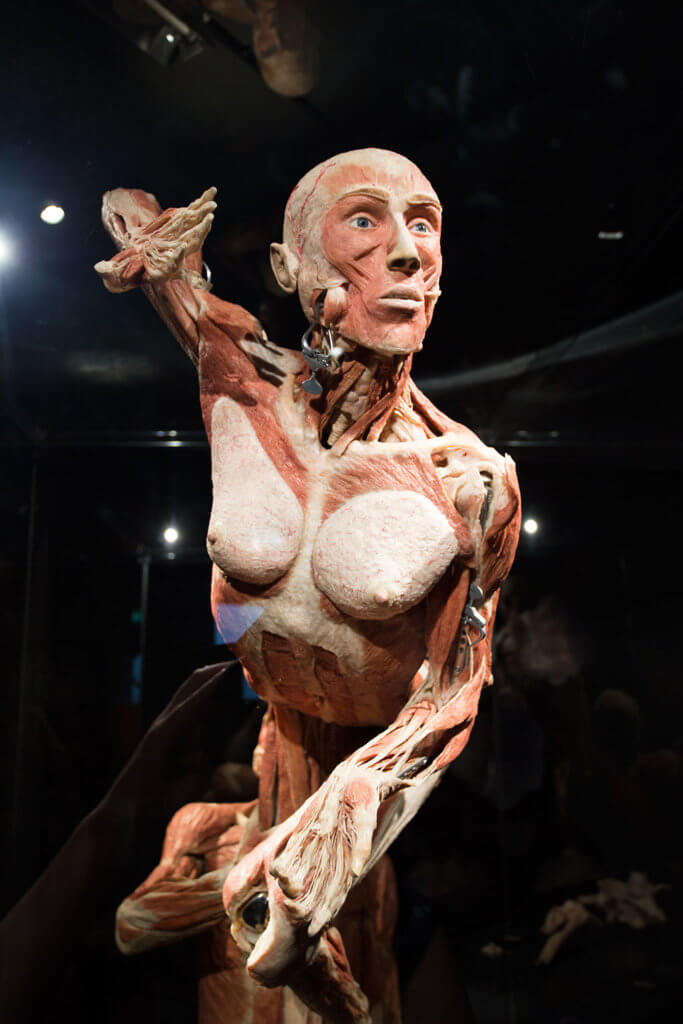 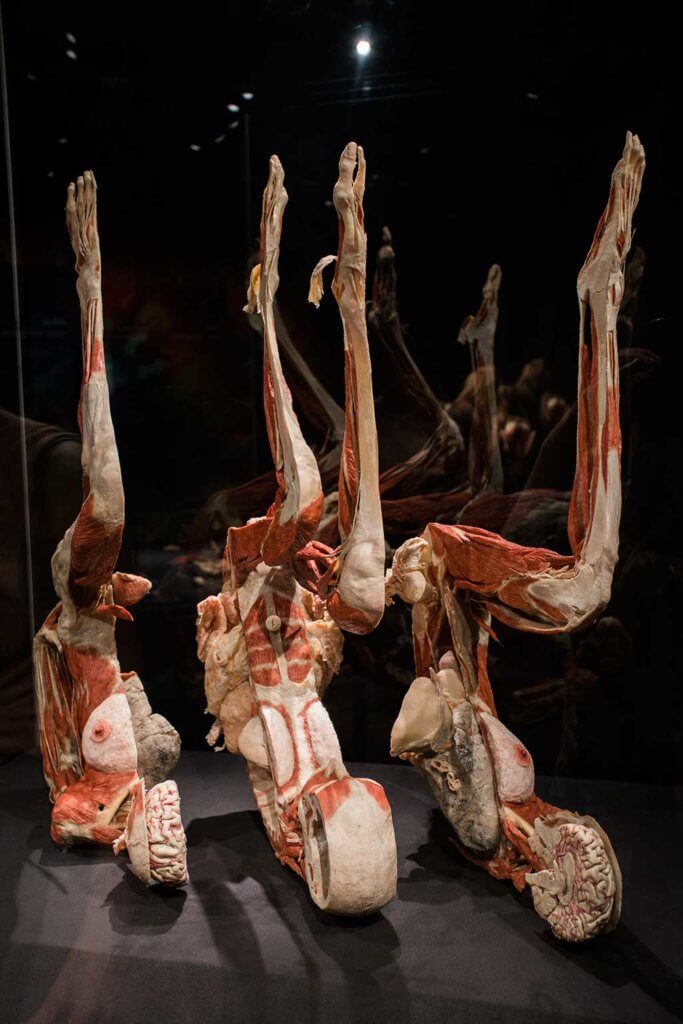 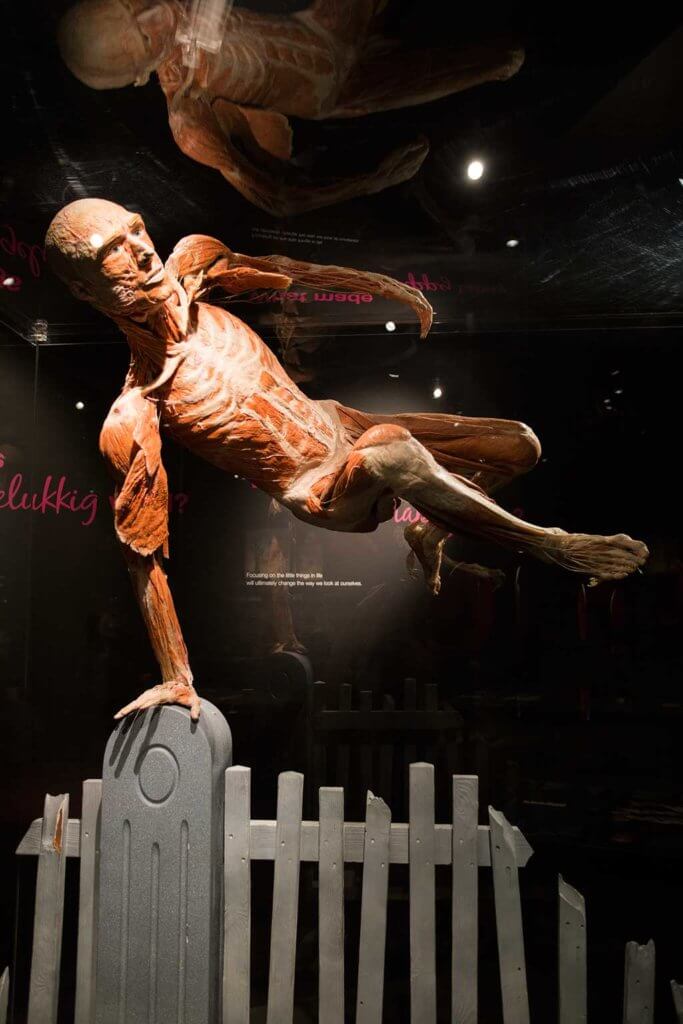 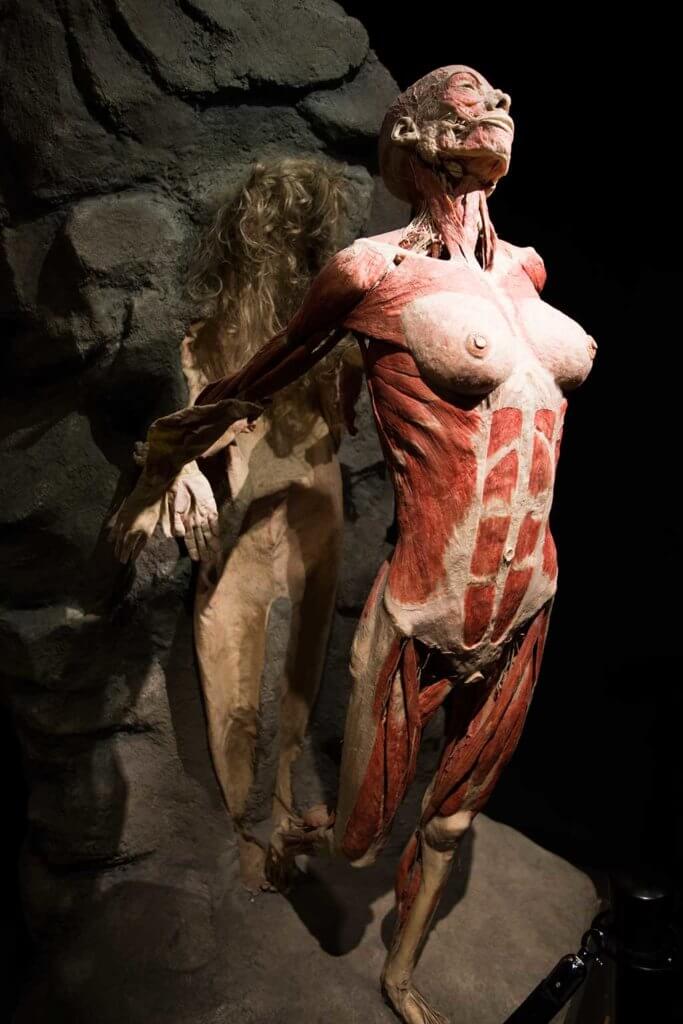 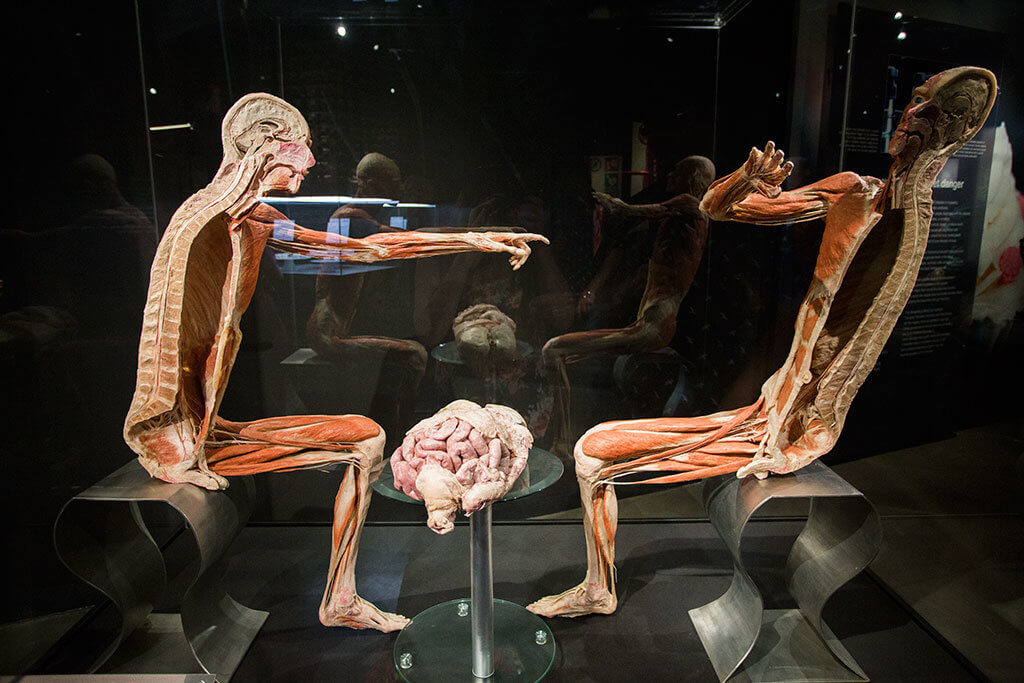 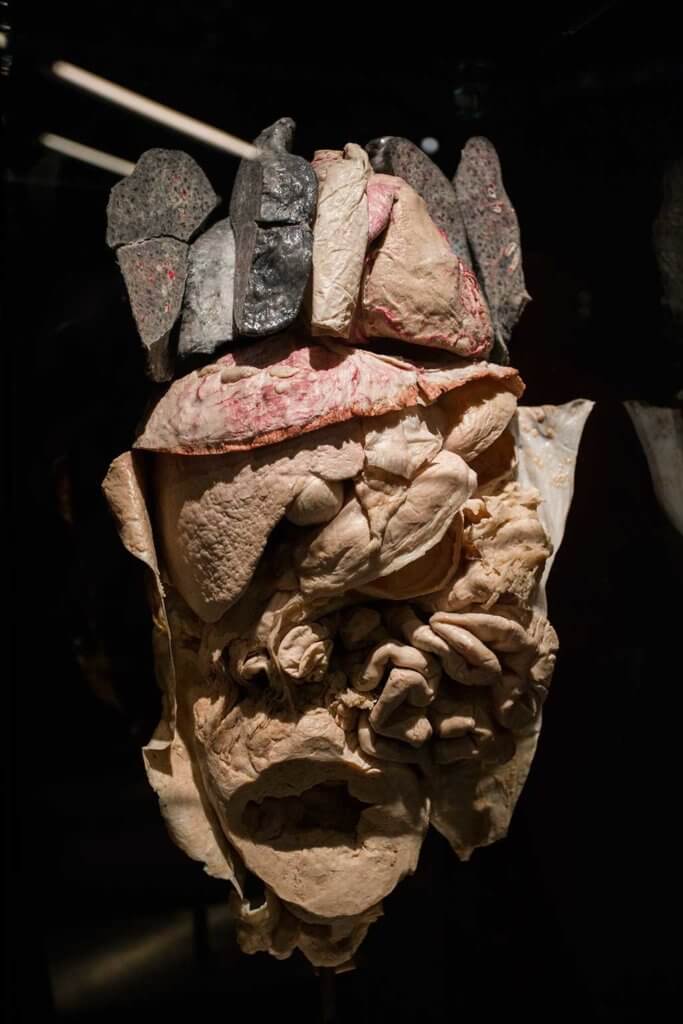 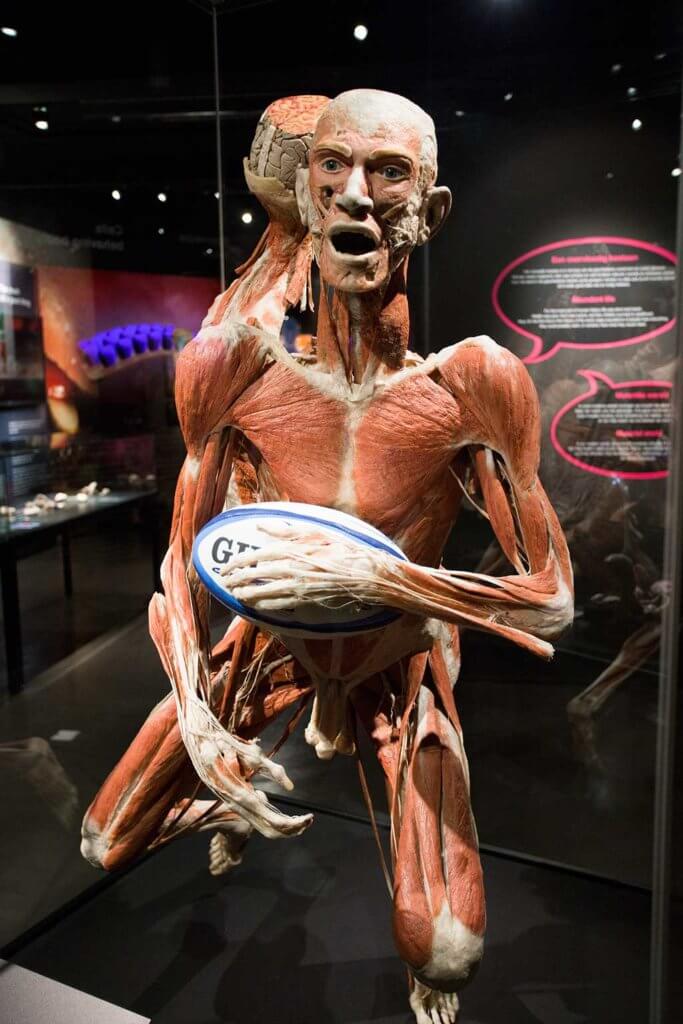 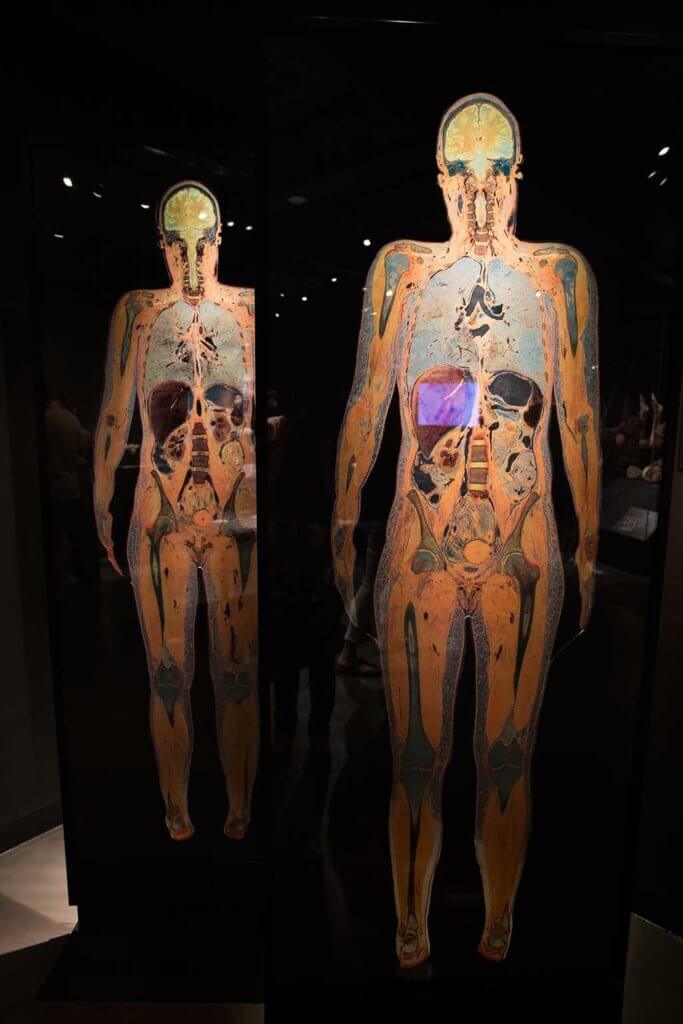 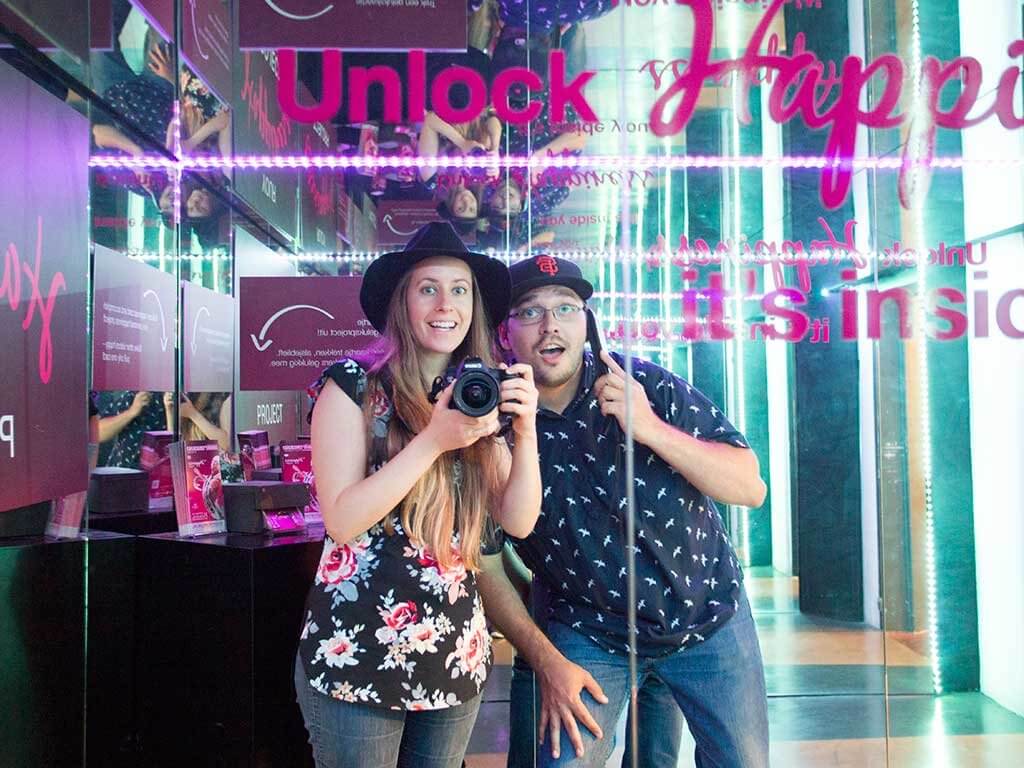