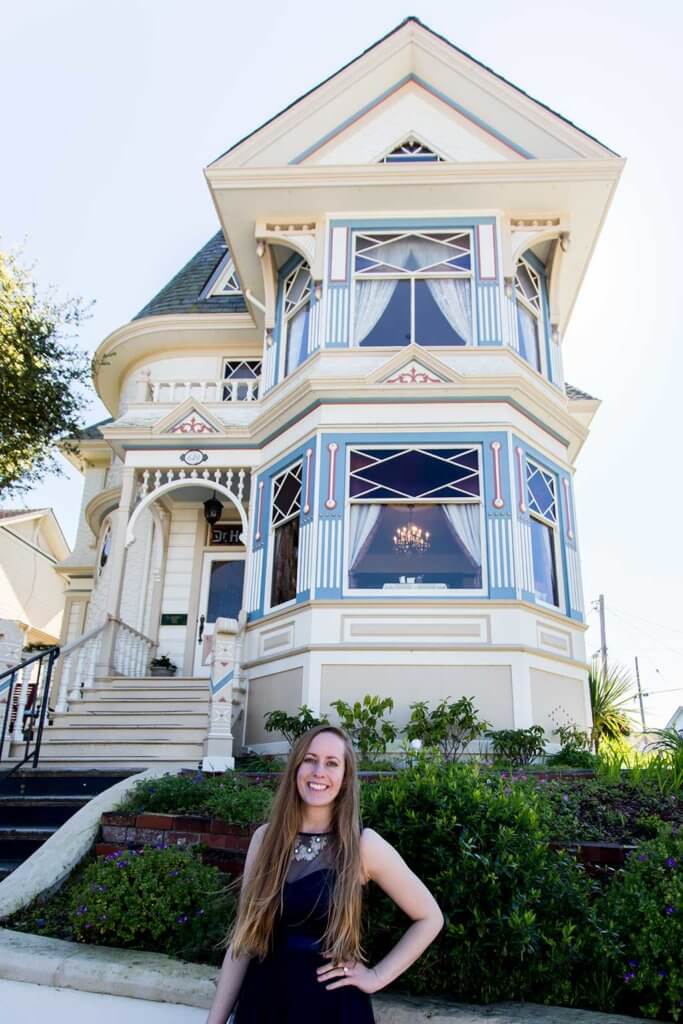 Turning 29 again is always a special occasion, so I treated my mom (the birthday girl) and my grandma to afternoon tea at The White Hart in Pacific Grove, just blocks away from the Monterey Bay Aquarium. This gorgeously restored old Victorian home overlooks the sparkling Monterey Bay. 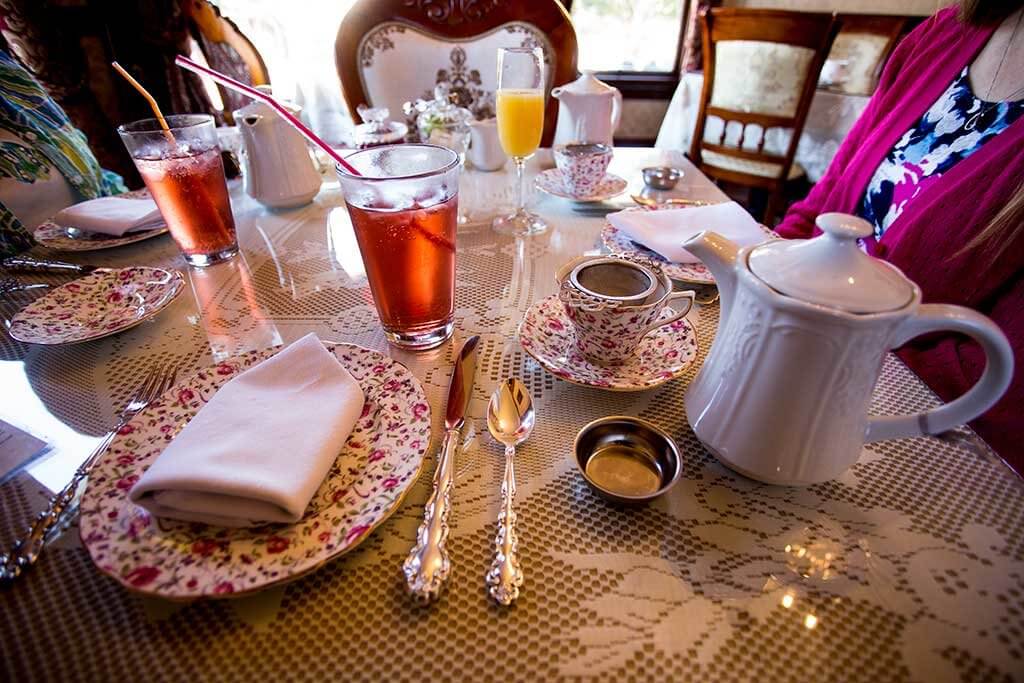 After we selected a loose-leaf tea to fill our personal tea pots, the owner took us through the predetermined menu of dainty finger foods, sampled from locations around the world, like Italy, New York, and England. Topped off with homemade sparkling cherry lime soda, this meal was surprisingly filling for such small bites! 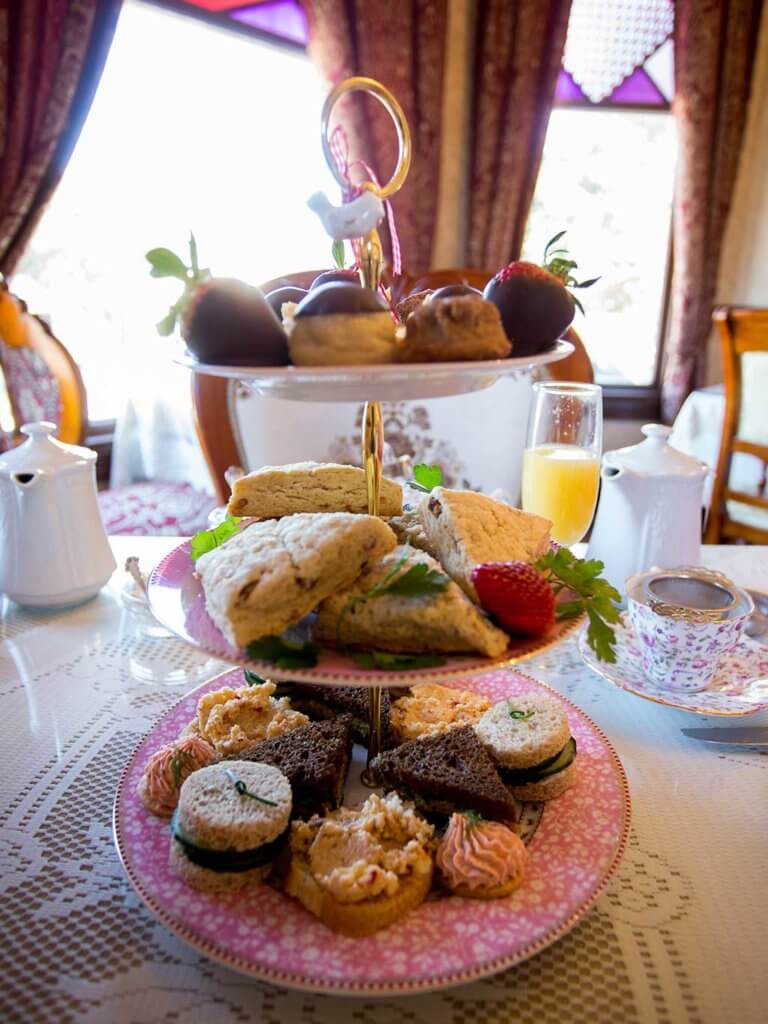 On the menu (from the top): 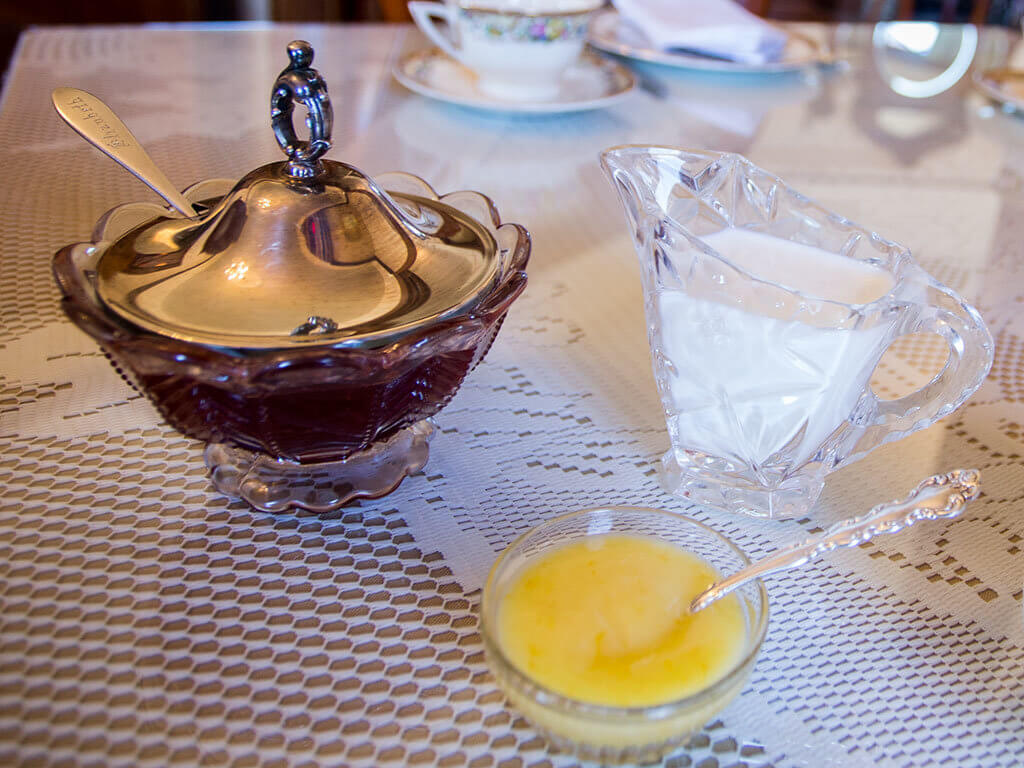 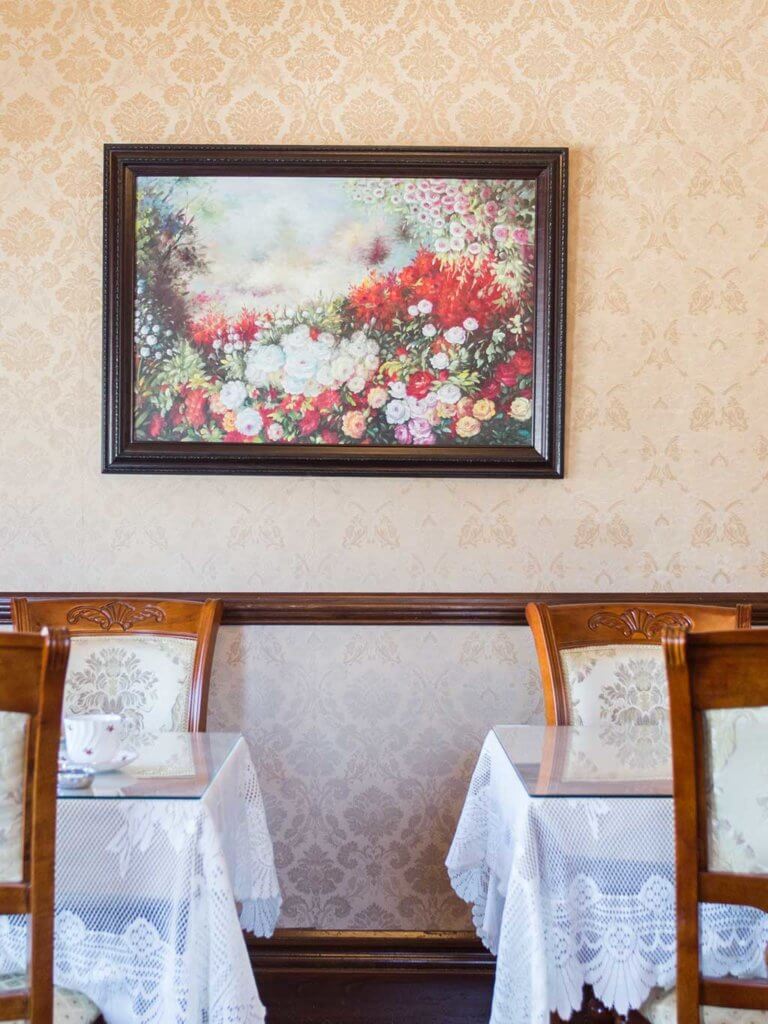 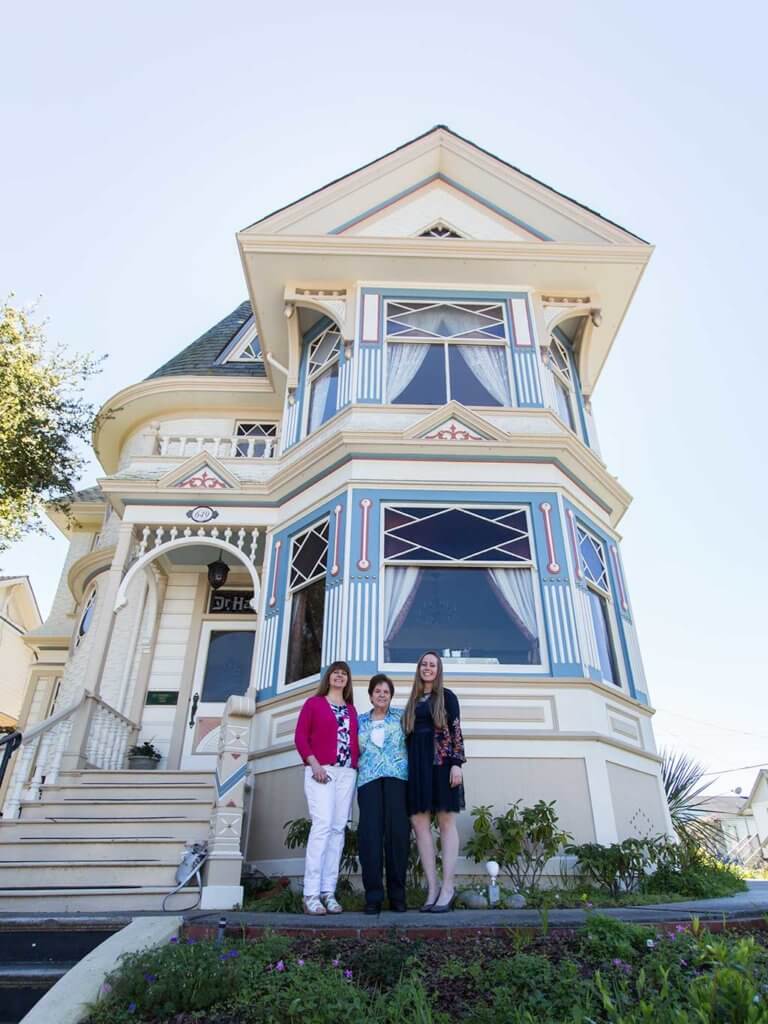 ALL ABOUT TEA (as told by The White Hart)

Many people use the term “high tea” incorrectly, when they mean “afternoon tea.” If you were a blue-collar laborer in Victorian times, your evening supper was called high tea because it was eaten from a bar stool in front of a high table, hence the name.

On the other hand, if you were a person of breeding, you would take “low tea” with family or friends while lounging around a low table, often near a fireplace.

Finally, “afternoon tea” fulfilled the role of an informal luncheon in an era when prosperous families had no formal meal between breakfast and late supper.

Nobody knows the origin of the myth about raising one’s little finger when sipping tea, but these days it’s considered a pretentious affectation. Paul James, headwaiter at London’s elegant Dorchester Hotel dryly observes, “I can usually spot the Americans in the room. They’re the ones with their fingers in the air.”

What Is Clotted Cream, Anyway?

Clotted cream is similar to butter, and it’s the traditional accompaniment for scones in England’s Devonshire and Cornwall regions. The White Hart makes the genuine cream in their own kitchen. No imitation stuff from a jar!

The White Hart traditional clotted cream method uses uses nothing but pure organic rich cream from a family-run dairy. The process spans days, but it’s worth it. Slather it on a scone first, then top with Meyer lemon curd (made in-house) or their special strawberry preserves.

Wasting nothing, the owners use all the buttermilk that’s left over in baking the scones.

Every tea in the world comes from the same type of plant. Whether you drink black tea, green tea, white tea, oolong, or pu-erh, they’re all made from the leaves of the Chinese Camellia bush. The only difference is how the leaves are processed after their picked.

Herbal teas (called tisanes) are the exception. Typically speaking, they’re not really teas at all, but infusions. 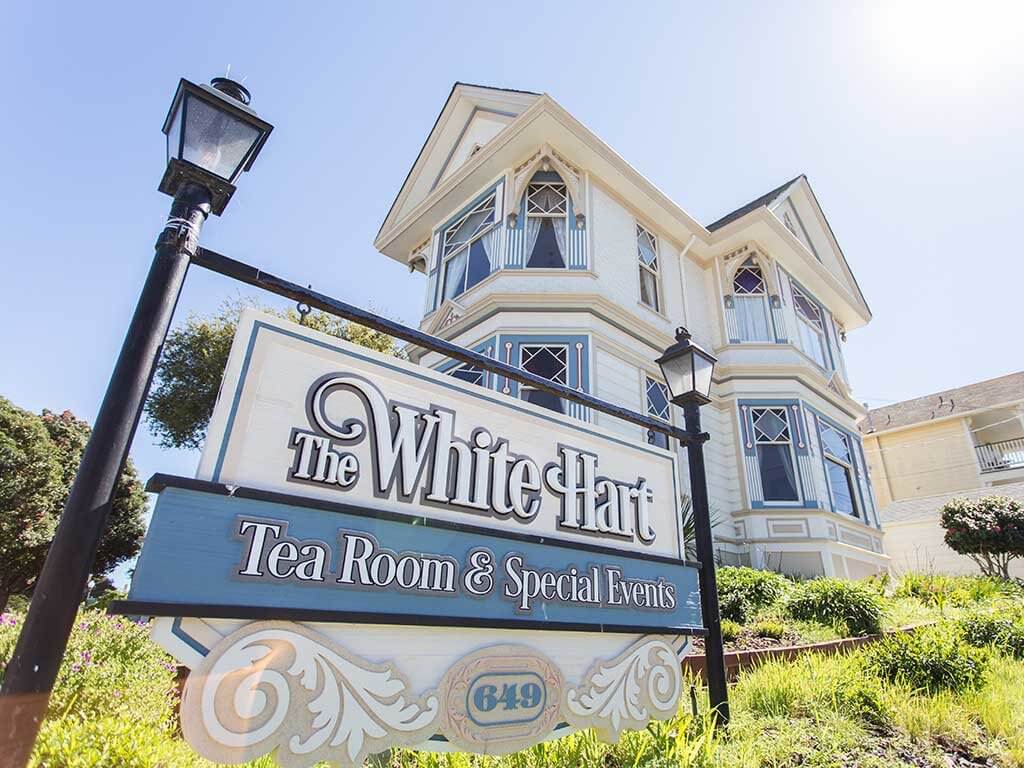 Tales from The White Hart: 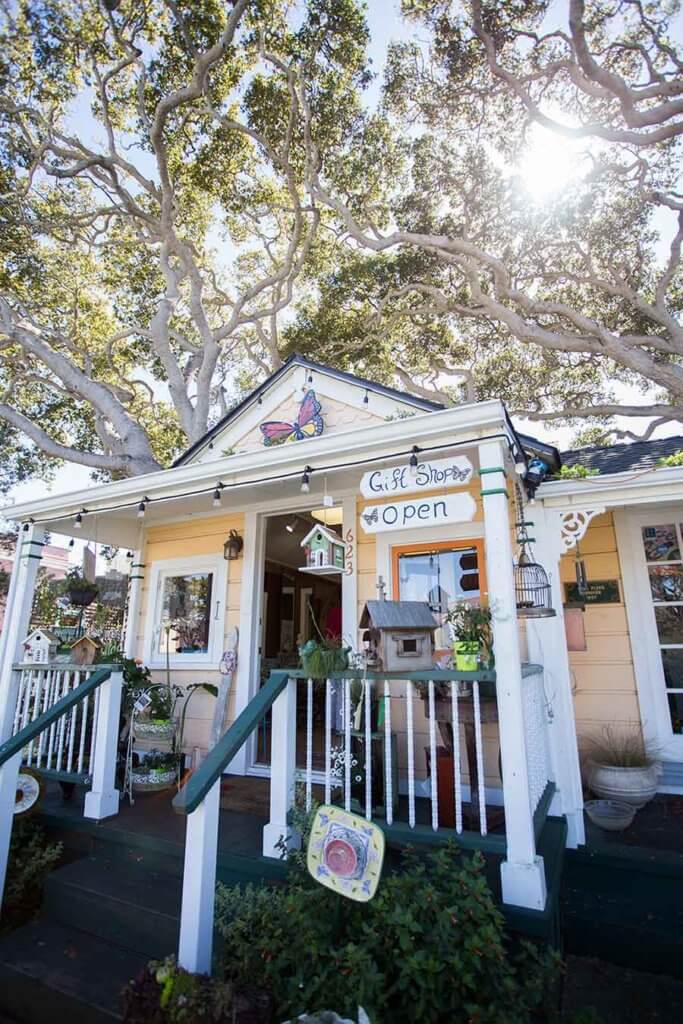 And after tea, you can shop for handmade succulent arrangements and cutesy home decor at Butterfly By The Sea, right next door to The White Hart.